Sands Is On Fnm Ticket 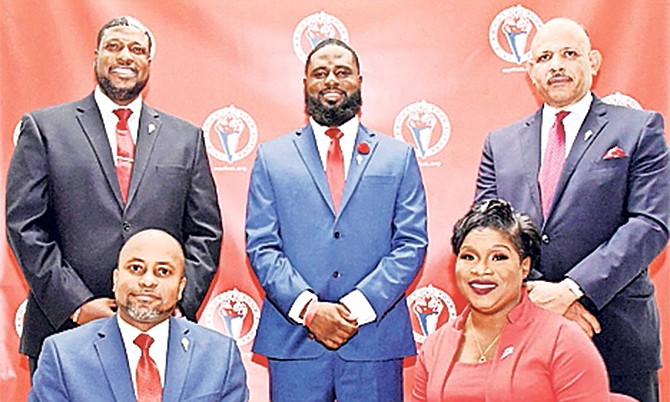 This FNM has now ratified 30 candidates for the next election. The remaining nine candidates are expected to be ratified next week.

The question of whether Dr Sands would be renominated by the party was among those that hovered over the FNM’s ratification exercises.

The Tribune was told there were no objections to his ratification when his name was called at last night’s council meeting, which took place at Holy Trinity Anglican Church.

Dr Sands did not shy away from stinging criticism of the Minnis administration after resigning from Cabinet last May and he has at times delivered the kind of commentary that has caused parliamentarians to lose the support of their parties.

He has opposed Prime Minister Dr Hubert Minnis’ recent extensions of the COVID-19 Emergency Powers Order and he blasted the government’s handling of people who went missing during Hurricane Dorian.

Last night, he said it reflected well on the FNM that he was ratified despite his criticism.

“I think that I have made it very clear that fundamentally I believe that the Free National Movement in its origin and its execution over the years has demonstrated that it is a big tent that is built on the power from dissension and an arrival to a consensus,” he said. “Sometimes that is a pretty process but certainly when you have the ability to be critical in a loving way, in a supportive way and the goal is nation building, I think that augurs well for the strength of our nation.”

Asked if he expects a Cabinet post if the FNM wins the next general election, he said the issue is a premature one, adding that the party must now work to secure the support of Bahamians.

The FNM presented its five candidates in a statement last night.

“Carlton Bowleg has delivered solid leadership on infrastructure developments throughout the Family Islands, such as refurbishing a number of roads and bridges, installing new water lines and establishing new government buildings,” it said.

“Kwasi Thompson has led on both the digital transformation of our government and on infrastructural improvements, creating a more modern government prepared to address the needs of Bahamians in the digital age.

“Duane Sands has been instrumental in helping to upgrade our medical facilities and making sure The Bahamas is adequately resourced to maintain healthcare as a top priority for the government.

“The FNM is also proud to ratify new candidates, Courtney Coulibaly who is an experienced engineer and expert in infrastructure development, and Vandea Stuart who’s successful career in tourism and hospitality will bring important perspective and fresh ideas to advancing the FNM’s agenda to help our tourism industry reach new heights.”

No disrespect but for the past 1,391 days, the 35 House-elected Redshirts, have shunned their constituents, All needed saying is here presented is another five general election redshirts hopefuls - facing all but the certain defeat at the polls.
This has nothing personal to do with the caliber of the nominated comrades. The strikes against a political party on voting day are goin' be centered around but one lone Mr. candidate. Yes?

five losers each and every one of them. The average Bahamian has gone through hill and high waters with this crew.

Doc knows his goose is cooked so Dr; Sands can not help or hinder him,

SNAKES in the form of human Beings run amuck.

Chile. . .what dis is here? You don't really understand the "sands move" aye? That means that the two main FNM factions have "pooled" their resources to "bust" down Davis and what he bringing to the table!!

Sands is Brent and Ingraham faction on the party' "man of business". . .if Doc did not "bring him back" into the fold and not "jettison" him like he did with Turnquest, the FNM would have gone up against the PLP with "too many minds". . .like the Japanese like to say!!

The FNM had to bring Sands back. . .or be running against the PLP and FNM faction .02! Davis don't stand a chance. . .both FNM factions are behind minnis!! On the flip side of this. . .most PLP don't want Davis. . .heck swing voters don't want Davis!! Now if the PLP throw an Alfred Sears in the mix. . .that can peek our interests!! Just saying. .hehehehehehehehe!!