Motorcade To Be Held In Tribute To Bert Bell 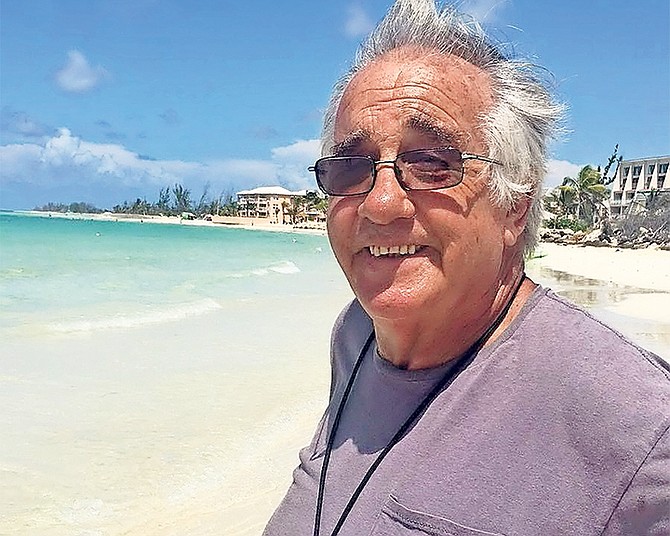 BERT BELL, whose funeral will be held on January 30.

PLANS have been announced for a motorcade and homegoing service in celebration of the life and legacy of former educator and swim coach Albert ‘Bert’ Bell, who died on January 16 aged 75. From left are Rashema Ingraham, Trudy Bell Gibson, and Karen Pinder Johnson, executive director of YMCA.

A motorcade and homegoing service in celebration of the life and legacy of swim coach Albert “Bert” Bell will be held in Grand Bahama next weekend.

Rashema Ingraham, part of a committee that is organising the events, said due to COVID-19 restrictions, they are requesting businesses to show their support by placing royal blue or aqua coloured ribbons on their doors to pay tribute and recognition to Bell.

The motorcade and t-shirt distribution will take place on Friday, January 29, starting at the Eight Mile Rock High School, where Bell taught bookkeeping and physical education when he first relocated to Grand Bahama in the early ‘70s. He was a teacher and coach there for over 25 years.

“We want… to give respect to a great man who was beloved in the GB community,” said Mrs Ingraham.

“Mr Bell has put roots in the EMR community and so that is why we want to begin there with a motorcade celebration and move along the community of GB, reaching out to all of the schools and places he has been a part of.”

The motorcade will also pass by the Bishop Michael Eldon High School pool, where Bell coached athletes and taught in his final days as an educator.

On Saturday, January 30, Bell will be remembered and laid to rest during a homegoing service at the Grand Bahama Memorial Park at 2pm. Mourners will be able to gather in clusters of 10.

“We know he has touched the lives of cyclists, powerlifters, swimmers, and students. We are dealing with a lot of restrictions in terms of social distancing, but we want persons to be present to the work of a great man; this is our one opportunity to come together to say thank you,” Mrs Ingraham said.

Bell, a British national who hailed from Central London, applied for a teaching contract with the Bahamas government. He was transferred to Andros, where he fell in love with the country, culture, and the people.

“He was the first white man there and so people were fascinated by him and he was very friendly,” Trudy Bell-Gibson, recalled of Bell, who taught and later married her mother.

“He played with the EMR Crushers football team; he built a makeshift gym and he got many young men into powerlifting in the EMR community – it was the first gym in EMR and it was behind our house,” she recalled.

Mrs Bell-Gibson said that her father was also known as a disciplinarian. “His desire and his main goal was to impact and bring out the best in every person, and that’s what he did,” she said.

“For him, it was important for everyone to know how to swim, and to also survive,” she added.

YMCA executive director Karen Pinder-Johnson said Coach Bell was a pioneer in the sport of swimming.

“It is truly a sad day for the Bahamas to have lost Coach Bert Bell. He put his all into it and as a result of that swimming has grown by leaps and bounds on GB,” she said.