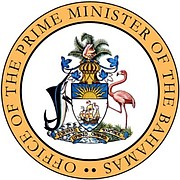 THE OFFICE of the Prime Minister said it did not give organisers special permission to host a large funeral procession for a well-known mortician last Saturday.

Over the weekend, videos of the homegoing celebration for the late funeral director, Ted Sweeting, made their rounds on social media after users observed that the people attending the event outnumbered the 20-person limit outlined in the latest amendment of the Emergency Powers Order.

When The Tribune reached out to the Office of the Prime Minister for comment yesterday, a representative said: “OPM did not give special permission for the funeral service. As a reminder, funeral services in New Providence may take place at the graveside only with a maximum of 20 people, not including officiant and mortuary workers, as outlined in the most recent Emergency Powers Order.”

However, a video of Sweeting’s lodge procession and escort, posted by St Agnes Anglican Church on social media, assured viewers that the competent authority had granted them permission to carry out the event.

All attempts to contact the organisation were unsuccessful up to press time.

In one livestream capturing the event, several people could be seen making their way down a street in a mini-Junkanoo rushout, led by lodge members carrying Sweeting’s casket.

As the procession made its way to the grave site, the large group of people assembled together as they played their instruments and danced along to the music. Bystanders could also be seen flocking to the sides of the road to watch and record.

The sizable group continued to play their instruments as they entered the graveyard. When the cemetery ceremony began, the overflow from the crowd could also be observed lingering in the road, where they gathered together to converse.

Those inside the graveyard, however, were advised that the service was being held under the authority of the competent authority—Prime Minister Dr Hubert Minnis—and were reminded to socially distance themselves and keep their masks on.

It is unclear whether the matter will be investigated or not.

The statement noted: “Effective immediately, for the islands of New Providence, Abaco, mainland Eleuthera and mainland Exuma funeral services may now have a maximum of 20 people at the graveside only, not including the officiant and mortuary workers.

so what/ what is going to be done about it after the fact? Trust me, if no one said anything about the procession, the office of the PM and police would not have said anything. The law in this country is very selective and used when it benefits the government.

The only reason the OPM said anything though was because the Tribune called inquiring them about the matter.

This is interesting though, because either the church is lying or the OPM is lying.

Sadly though, no one is gonna do anything about it. Lawless country we in.

With the threat of a new more contagious (and possibly deadly) strain of the Covid-19 virus looming and possibly entering this country at any moment, these gross infractions should not go unchecked. In fact government and officials should get a head start and increase the length of curfews for the next two-three weeks. With some of the major stores voluntarily shorteninging their operating hours and with most hotel properties still closed, at least partially, a 9:00 pm curfew will be more bearable now, rather than waiting for the corona numbers to start increasing expoentially and require full lockdowns. And, of course, the latest news coming out of the US is that their corona cases has started to decline for the first time in months. This, of course, excludes the state of New York, which is still battling with spikes and surges. Ironically NY has taken the most steps and attempted to enforce the most safety measures than all the US states. But as the mayor admits, New York is also one of the most visited states from non-resdients and that is what is creating the challenge. But with the Biden Administration enforcing the wearing of masks, social distancing and non gathering of large crowds, NY, too will see their numbers start to decline. And the experts sy the decline is not due to vaccination, because most people who have been vaccinated, have only taken the first part of the vaccine, which doesn't offer protection against the virus until days after the second portion is taken.