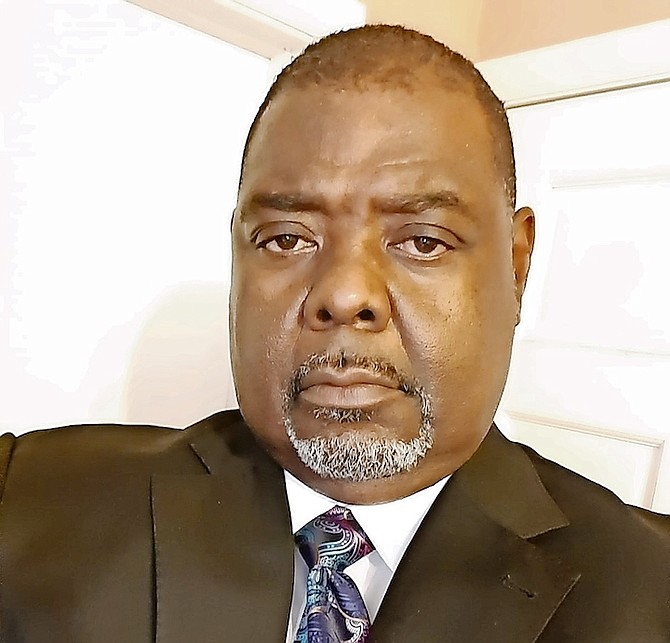 LABOUR Director John Pinder yesterday warned that there could be more layoffs in the country’s hotel sector if The Bahamas does not seek exemption from the US on its new travel quarantine requirement.

It’s a move he said that could potentially cause the nation’s unemployment rate to further skyrocket.

Mr Pinder told The Tribune yesterday government officials as well as tourism stakeholders will have to get creative in trying to persuade US authorities to have The Bahamas excluded from its tightened COVID-19 travel rules, adding the situation could prove worrisome for the country if officials are unsuccessful.

This comes after newly sworn-in US President Joe Biden signed an executive order requiring travellers to produce a negative COVID-19 test before arrival in the US as well as then having to go into quarantine.

The new COVID-19 testing policy was announced by US officials earlier this month and will be enforced beginning January 26.

However, it is not clear when the quarantine requirement will take effect nor how many days people will be required to quarantine.

Tourism Minister Dionisio D’Aguilar has already expressed a desire for the US to forgo the rule for the English-speaking Caribbean, saying the policies could be a devastating blow to the Bahamian economy.

He suggested to The Tribune last week that officials will seek an exemption for quarantine requirements similar to the one sought for the impending testing policy.

This comes after local resorts and hotels re-opened last month – buoyed by the stable COVID-19 situation in the country.

But with the new impediments to travel, Mr Pinder conceded that hotel properties could find it difficult to remain open and keep staff employed, dashing any lingering hopes of a swift tourism recovery.

Atlantis welcomed 2,500 employees back last month but has since furloughed some workers after experiencing lower than expected occupancy levels.

“I know that if we don’t get that exemption, it’s going to really cause more hotel properties to start to probably release staff who are already on extended leave because they’re already depending on the booking numbers to increase,” he said.

“By extension, these are the very same local workers who once they start to make some money from the hotel properties will then start to actually spend monies in other local areas who depend on persons to patronise their business.”

Mr Pinder added: “But.. if we can’t get 50 to 60 percent bookings going on, we’re going to be in some added stress. I see it really being a conundrum we may find ourselves in.

“How will we get out of it? I don’t know but we certainly will have to now encourage Bahamians to look at domestic travels depending on if the airlines can still do some level of business. But this would really be very, very tough on hotel properties to remain open if they cannot get any bookings.”

Mr Pinder also said the new US quarantine requirement couldn’t have come at a worse time as officials were expecting an increase in tourism arrivals for next month.

The situation could also affect the country’s unemployment rate, which is already estimated to be between 38 percent to 42 percent, he added.

He said: “I believe the unemployment rate will definitely increase because again, a lot of properties will not be able to sustain the little reopening we had. The new restriction will certainly cause the bookings to drop.

“February is normally a good tourism month and I believe a lot of hotels were expecting bookings in the second week of February and that was supposed to swell with the numbers, but I don’t know if persons have now cancelled their bookings as a result of these new protocols.”

“I believe that it is incumbent upon us even the hotel operators to put their own advertisement out there in social media, they will have to be creative and think out of the box how do they get to persuade the United States and have some serious talks with the United States Embassy to give some tours of their properties to prove to them that we have some special protocols in place that if persons come it won’t be high risk.

“I think that will help us and I think we need to have some talks with the United States to show them that we’ve done everything that we can to ensure that persons remain safe to travel to the Bahamas.”

However, if such talks fail, the labour director said the Minnis administration may have to capitalise on the domestic travel market.

“I think we gon’ have to try to capitalise on the domestic market for the time being because if they’re able to encourage some Bahamians to do some travel then at least you can keep the airline business going for a while until the (US) protocols can get relaxed a bit or some exemption on these (policies) as it relates to people coming to The Bahamas.”

Last year, The Bahamas briefly required all travellers entering the country to quarantine for 14 days upon arrival. That policy was later changed, and travellers now must have a negative PCR test to enter the country, a travel health visa and if staying more than five days, must take an antigen test on day five.

and the white house is white.

gee ya think so?

We can only hope John Pinder is among those who eventually lose their very cushy job.

What did John Pinder do to you? The man is speaking the truth and seems to be using realistic and believable figures in his statements. While it may be true that the only pinch Mr. Pinder might be feeling at present is around his waist, it is equally true that salary cuts and staff reductions are to be reasonably expected after the upcoming general election. With all the uncertainty around us it is wise to be prepared for some serious economic problems in the not too distant future.

i would suppose he will push for u.s. residents to not require a covid test to enter the bahamas as well. its only fair at that point.