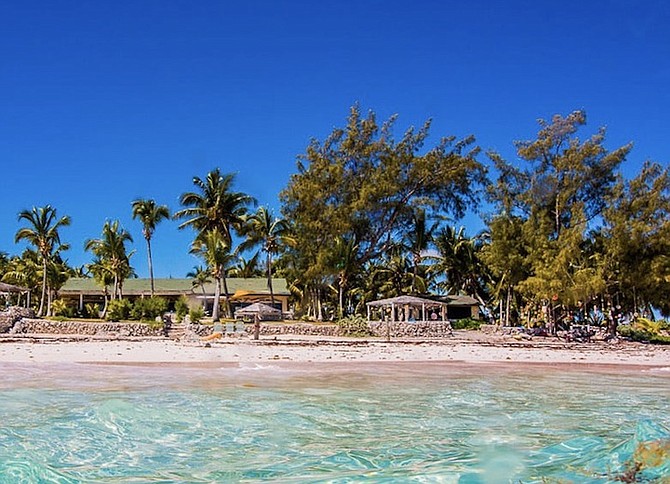 Small resort managers are dreading a downturn in bookings sparked by US President Joe Biden’s announcement of a new quarantine requirement for travellers entering America.

However, despite what could result in a near virtual halt of US tourists to their Cat Island resorts, they told The Tribune they are hopeful the administration of vaccines throughout the United States encourages widespread travel.

At Greenwood Beach Resort, manager Pauline Barbier told The Tribune the hotel has no guests and hasn’t received any bookings.

“We realise that there are no bookings coming at all for right now,” Ms Barbier said, “and I think the quarantine requirement will decrease tourists to come over here, because, for example, you only have two weeks’ vacation and then have to quarantine for seven days, which will probably slow them down to come and book, unfortunately for us.”

But owners there have made the decision to keep the property open.

“We want to stay open because we notice there are a lot of last-minute bookings and if we close again people will get mixed up in their minds. So, we just want to let them know that we are still open and whenever they choose to book again, they can book at the last minute. We can’t close again.”

Flight inconsistency has also made things challenging, she told this newspaper.

“They (the airlines) cancel at the last minute if they don’t have any people, so we are challenged. I think at some point we need to stay reliable and cannot continue like this all the time. It’s a really big problem for us.” 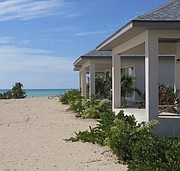 Felecia Russell, Fountain Bay Resort’s general manager, said there seemed to be some scepticism from US visitors following the quarantine announcement.

“We have had guests who inquired, but since the US quarantine announcement they have not confirmed their bookings,” said Ms Russell.

However, the resort has seen an uptick of domestic tourists, she added.

“Since the year has started, we have had a lot of Bahamian residents travelling. We have bookings with Bahamians. Right now, I have more Bahamian bookings than international bookings and I feel as if even though the US made the announcement with the quarantine, I can agree to an extent that with the vaccine coming on stream persons will travel more, but I just think that they are a little shaken that they have to do so much.”

She’s had to get creative to boost sales.

“To help boost the sales I got into contact with an agency where I can be a third-party tester so we will be able to test international guests on property before they have to return home to give them an incentive that they don’t have to pay for an extra set of testing.

“I’ve also been sending out promotional flyers to private pilots to get them to come out and they could probably encourage other persons to come out and let them know you don’t have to go through Nassau to get to Cat Island.

“I think everyone just needs a break from all of this and once we learn to coexist with this virus and learn the protocols and we become more aware of what is required of us and become more comfortable, I think people will begin to move around again.”

Both hotel managers agreed though, that it was important to remain hopeful that the situation will improve.

Meanwhile, Antone Mackey, operations manager at Hawks Nest Resort and Marina, said he couldn’t tell at this point if President Biden’s announcement was a blow for the resort.

“I did get a few cancellations so far, but based on last year’s results where persons couldn’t travel at all I don’t think those people are going to sit by and let another year go by without having to travel. I think they’ll still come.

“It’s not going to be like previous years or what we thought 2021 would be, but I think it’s probably going to be a little better than last year,” he said.

if we did not have to have a test to go to the family islands, or at least not an expensive one our family island resorts would b filled with Bahamians.