Face To Face: Pioneers In Making Us Look A Million Dollars 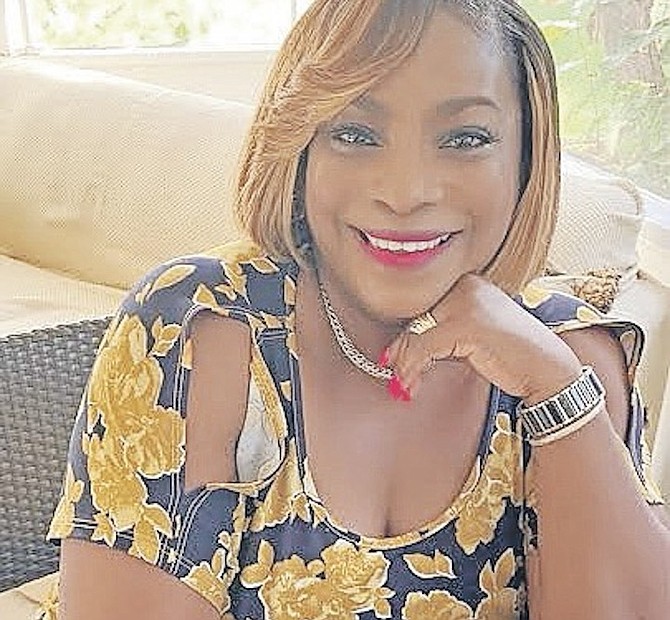 Hollis Roberts-Delancy is a pioneer in beauty, cosmetics and spa services in The Bahamas. For decades, she has been transforming both men and women - not just through the way they look, but also how they feel about themselves. She has found a special formula for her clients, combining her effervescent personality with world-class spa techniques. The result - clients with great attitudes and gorgeous skin, hair and bodies.

My first encounter with this beauty guru happened when my daughter, Malia and I visited her spa prior to the pandemic, located at the top of the hill on Blue Hill Road North. Never before had I seen a Bahamian with a complete cosmetics line. I’m not referring to home made, kitchen sink formulas but professionally crafted and laboratory tested.

“I designed and developed the Hollis line for both the ethnic and caucasian race; knowing the problems all women of this hemisphere face with their skin, I designed a line to focus on many of these skin problems,” she explained. 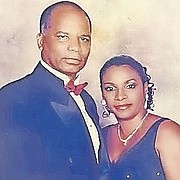 HOLLIS ROBERTS-DELANCY with her husband Philip.

“The hypoallergenic cosmetic line is especially designed for sensitive and problem-skin types. These water-based lines do not contain any mineral oils, and therefore result in no conflicts of the skin. This extraordinary water-based formula creates a more natural look as the day wears on and as the body oils mix, which result in a beautiful flawless matte finish, delivering a gentle, velvet glow that will last throughout the day.”

Anyone who knows Hollis, knows her claim is true and she is often stopped and asked what she uses on her skin and how she seems to simply defy ageing. Her talents as a beautician, hairdresser and spa expert have been crafted over a long period of time. Her passion for making others beautiful even landed her in the face of British royalty, who called on her to help make them beautiful.

She attended Queen’s College and then Government High School before heading off to Blackheath Bluecoat High School in London. She then attended the International University of California (European campus) in Watford, England, where she graduated as the most outstanding student achiever.

After university, Hollis attended Christine Shaw’s Beauty College, Old Bond Street, London where she graduated with honours and a distinction in beauty therapy and applied aesthetics. She earned the distinct honour of IPB (Institution of Practitioners in Beauty – an international body which allows a person to be certified and practice in any country). This is bestowed only to the top ten graduates of all beauty colleges throughout England. It was at Shaw’s that she stood out and was set apart. She became the esthetician for the Royal Court from 1979 until the end of 1981.

She went on to attend Allen International Hairdressing College in Knightsbridge, London, where she obtained honours and a distinction in both basic and advanced hair dressing in both ethnic and Caucasian hair care, and received a certificate of honour and distinction in the World Federation of Supreme Hairdressers, (the highest certificate offered in London in that field). Hollis was also made head stylist during her time there. 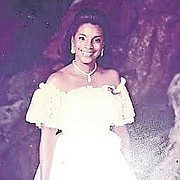 Hollis at the Royal Court in London.

Hollis then returned home to Nassau in 1983 and began building her own business. She opened the Total You Unisex Health and Beauty Centre. During this time, she became a pioneer in the field by starting the first in-home care therapy service. In 1987, she accepted a position at Windermere Spa as a Beauty Therapist and Hair Stylist and trainer where she trained other employees in massage therapy and skin therapy. She left Windermere Spa in 1989 to focus on her own business once again. This time, she opened her spa and hair care business, also under the umbrella of the Total You Unisex Health and Beauty Centre, at The Bahamas Medical Arts Institute.

In 1993, Hollis was approached by Yves St Laurent to be his assistant and travel the world for a year. However, she was a young wife and mother at the time, so she turned down that opportunity.

By 1995, Hollis accepted a position as Regional Director, Trainer and Beauty Consultant at Commonwealth Drugs & Medical Supplies (CDM Group). She introduced the Black Opal Cosmetic and Skin Care line along with the Alfa-Parf and MIZANI hair products. She also served as CDM Public Relations Director and Customer Service Representative during her tenure.

In January of 2001, she accepted a position with Mandara Spa at  Atlantis Paradise Island, where she was lead Hair Stylist and Beauty Therapist and performed applied aesthetics, massage therapy and body therapy. A year later, Hollis returned full time to her own practice and she set out on a course that has culminated in the realisation of her dream.

“My dream was to own an establishment that could deal with any beauty concerns or issues - that’s what I always wanted,” she told me.

“I wanted to help people experience the better side of life. I wanted to help the person who may not be at the peak of their financial status, to be able to have a place they could come and experience the life a rich person has, with first-class services at an affordable rate. Our mission is to enrich the lives of human beings and to provide a means whereby people may elevate the quality of their existence.”

While still operating The Total You Health and Beauty Centre Hollis met Philip Delancy, who shared a passion to develop his own business. He is a graduate of Texas Christian University, Fort Worth and has an extensive background in business.  After launching the Hollis Cosmetics and Skin Care line together, they went on to open the Island Spa in Harbour Island.

During this time, Hollis joined the international make-up team for the world renowned Bobby Jones Gospel Retreat where the Hollis make-up line was featured, used and sold to the Gospel stars. Hollis was responsible for the make-up application for Jim Shearer of the VH 1 Top 20 Countdown group on site in Eleuthera.

In February of 2004, Hollis and Philip closed The Island Spa and began focusing their attention on developing their Nassau operations which now serves as a home for the Hollis Cosmetics & Spas and Skin Care Line. They were the first to introduce the art of Airbrush Make-up applications and protein bonding hair extensions to The Bahamas. Hollis is one of the few people in the country and the Caribbean region who can certify instructors in her field. She points out that greater opportunities need to be made available to small businesses like hers, which could catapult them to an international level. She said that any opportunities that could be available as a result of foreign direct investment are usually not offered to local businesses, and end up being developed and operated by the foreign entities themselves.

Nevertheless, Hollis and Philip pressed on, and eventually, a love blossomed, resulting in their marriage on May 12, 2016. Together, they are parents to Dr Briquel Knowles, Dana Hawkins and Bryan and Bristol Delancy; son-in-law Tino and James and grandchildren Michael, Julip, Justice and Brooklyn.

Presently, their company has transformed to a Medi-Spa operation, partnering with several medical doctors to offer treatments to patients who suffer from medical conditions. Hollis also focuses on a non-invasive weight loss programme with the implementation of Photobiomodulaton. This newly developed system called the Trifecta, is effective with the use of red light and near infrared light laser technology to heal the body and to effectively remove fatty cellular tissue pain free. Photobiomodulation is light wave body healing used for a myriad of issues including diabetic wounds, thyroid issues, back pain, the side effects of cancer, glaucoma, osteoarthritis, endometriosis, hair loss/ alopecia and much more.

“We have always strived to be the leader in this field, coming up with new techniques,” Hollis said.

“We wanted to remain at the forefront of an ever-growing industry. That is how we got into photobiomodulation and I’m excited about it and what it can do for our clients. I am always happy when I can enhance someone’s life and touch someone.”

Hollis comes from a rich Bahamian legacy of nation builders who have made it a point of touching the lives of their fellow Bahamians and people around the world. Family patriarch, her grandfather Enoch Pedro Roberts, Sr is the great nation-builder for whom the school EP Roberts is named. She is also the descendant of great nation-builders Clarence and Edgar Bain. Her parents, Melverne Bain-Roberts and RF Anthony Roberts, a civil rights leader in The Bahamas. He was a Trade Union leader for the Airport and Allied Workers Union in the 1960s and was involved in the Bahamas General Strike. He later became involved in politics and ran for the constituency now known as Centerville. He became a High Commissioner in London and served there before eventually becoming an Anglican priest and the first chaplain for the Royal Bahamas Police and Defence Forces. He was the first Minister of Home Affairs for the newly-independent Bahamas. He tabled in the House of Assembly the Resolution on the presentation of the national flag which we now know and adore.

The Roberts/ Bain family includes numerous members who held positions in the political arena in the Bahamas, both for the Free National Movement and the Progressive Liberal Party. They include her grandfather Senator Edgar Bain; granduncle, former MP for Andros Clarence Bain; father RF Anthony Roberts; Italia Johnson, Speaker in the House of Assembly; Neville Wisdom; Gladys Johnson-Sands; and Daniel Johnson. Too numerous to mention, Hollis’ family includes well known professionals who are leaders and pioneers in the Bahamas in medicine, law, business, and in the priesthood. These inspirations have helped her to carve her own pioneering path in beauty.

Hollis is now focusing on a new marketing programme for her cosmetic line with the introduction of several new products.The company has realized major changes in the economy and in customers habits since the pandemic, and is actively in the process of revising the business structure.