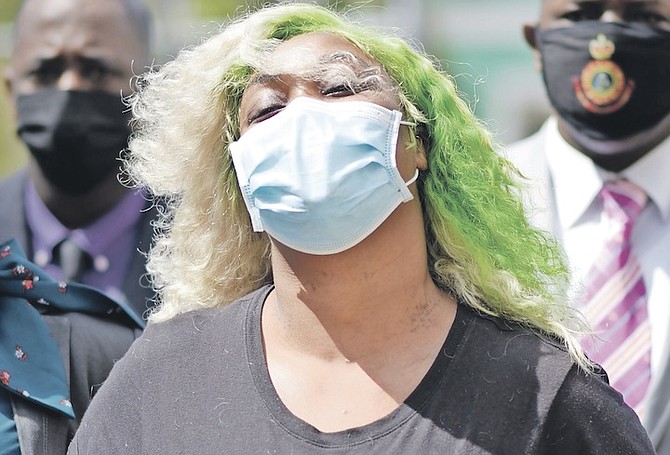 A JAMAICAN woman was charged with murder yesterday in connection with a stabbing incident which left another woman dead last week.

Nadisha Beckford, 33, appeared before Chief Magistrate Joyann Ferguson-Pratt charged with the stabbing death of Lakeisha Mackey on February 20. She was among several people brought to court on murder charges yesterday.

According to initial police reports, officers were called to the scene, which occurred on West Bay Street, shortly after 11pm that night. Police were told two women got into an argument in a parking lot, during which one woman was stabbed. The victim was taken to hospital where she eventually died.

During the hearing, Beckford, who is represented by attorney Keevon Maynard, was not required to enter a plea and the matter was adjourned to June 16 for service of a voluntary bill of indictment (VBI).

She was denied bail and remanded into custody until that time. 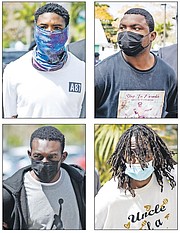 Yesterday, two brothers also appeared before Magistrate Ferguson-Pratt after they were charged with murder in a separate incident.

Sidney Brown, 29, and Leonardo Brown, 23, were accused of killing Anton Percentie on February 22.

Police said shortly after 8pm that night, they received information of a shooting incident that occurred on Finlayson Street. When officers responded they met a man and woman suffering from apparent gunshot wounds. Both victims were transported to the hospital by Emergency Medical Services. The man died a short time later.

Due to the nature of the charge, the brothers were not required to enter a plea. They return to court on May 31 for the presentation of their voluntary bill of indictment (VBI). In the meantime, they were taken into custody.

Meanwhile, Shaquille Culmer, 27, was accused of the February 22 murder of Alexander Gibson, in connection to a shooting that occurred on John Road.

In addition, Fred Lifaite, 55, appeared before Magistrate Ferguson-Pratt after he was accused of unlawfully causing the death of Kendino McDonald on February 25. This is in connection to a shooting incident which took place on Marmalade Close off Wulff Road.

During their hearings, Culmer nor Lifaite were required to enter a plea to the murder charges and their cases were adjourned to June 16 for the service of a voluntary bill of indictment (VBI).

Bail was denied and they were remanded to the Bahamas Department of Correctional Services until that time. All of the defendants have a right to apply to the Supreme Court for bail.