Cardi B Releases New Doll - Moms Have Their Say 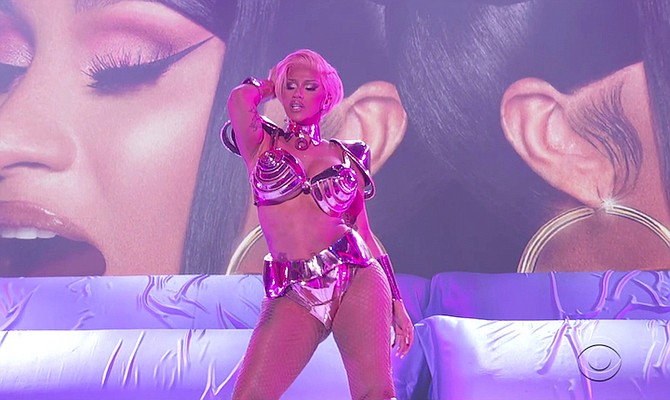 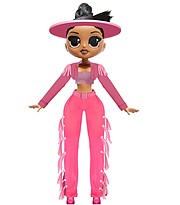 The new Cardi B doll.

The recording artist and fashion icon has teamed up with new doll brand Real Women Are for a limited-edition Cardi B doll.

Unveiled recently to celebrate the power of authenticity and diversity during Women’s History Month, the Cardi B doll was created in the outspoken rapper’s colourful likeness. To make sure that doll captured her essence, Cardi B led the creative direction of the toy's development and played an integral part in its production process.

The Cardi B doll has a contemporary and on-trend look, with her hair and makeup reflecting the latest in beauty trends. The doll also features additional clothing pieces and accessories like sunglasses, earrings, bracelets, and a watch.

“As everyone knows, I’m a mom. And today, more than ever, it’s important to me to give my daughter inspiration and badass women to look up to,” Cardi B said in a news release announcing her very own doll. “Working with Real Women Are is a chance for me to provide my daughter and other little girls something that looks like them to play with to inspire them. We’re in the White House now, but we’re still so far behind in other places. Representation matters.”

Real Women Are is the first doll brand owned and led by minority women, which targets women and girls of all ethnicities. Backed by the National Entertainment Collectibles Association, the Real Women Are brand said it seeks to provide girls with creatively inspired representations of whoever they want to be, not what they should be based on outdated standards. Following the Cardi B doll, Real Women Are will release dolls in various colours, shapes, sizes, and abilities.

Some Bahamian mothers said while they think the concept behind the brand is an interesting one, and one that has potential, they will not be purchasing the doll for their daughters.

Mother-of-two, 43-year-old Liz said: “Inclusivity when it comes to toys is very cool and all, but why Cardi? This is doll is for very young girls who shouldn’t even know who she is, never mind her music, songs like ‘WAP’. Young girls shouldn’t be given role models who are all about superficial things like constantly enhancing your body through plastic surgery. I like Cardi, but she’s not for little girls. Adult collectors may want to grab this doll though.”

Tribune reader Anna added: “Cardi B is doing her thing and making her money. It is good to see that she is leaving her legacy in her own fashion. Though the doll offers representation, it still represents Cardi B and all that she stands for, which is everything lewd.”

Julie said although it’s only a toy, she also cannot see herself buying one for her young daughter.

“I don’t understand Cardi B’s aim with this venture. She does not represent anything child-like and innocent but wants to create a toy for kids that are innocent. I mean there is nothing lewd about the doll, but just the fact that it was made in her likeness and represents who is as a person makes me not want to buy it. I don’t mind supporting her, but the doll is a toy for kids. I won’t buy my daughter or nieces her toy, “she said.

As for Alicia, she praises the artist’s business approach, but would not purchase the doll either.

“I don’t not want any child of mind exposed to anything Cardi B from me. They will have to research who she is and learn about her on their own, but it will not be by me introducing her to them. Cardi B stands for nothing innocent, so I don’t understand why she would even make a toy,” she said.

On the other hand, mother-of-one Cory said: “It’s just a doll, a cute one at that. What harm could it really do?”