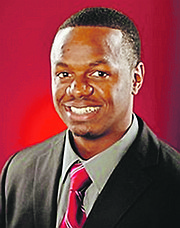 ALI Knowles has made a successful transition from the baseball diamond to the equipment and apparel business.

The Grand Bahama native is the founder and CEO of Caribbean Sluggers, a company he founded to bring the custom bat experience to a wide demographic of players, from the youth level to the pros.

Knowles began the company as a hobby before its rapid expansion.

“After my playing days I knew I really didn’t want to coach so I found other ways to stay in the game and I was always good with my hands. I did some woodworking back in the day so I researched how to make a wood baseball bat. I spent a whole year researching different types of wood, the species, how to make it, how to store it, what models are out there. I did all that for a year then we launched in 2018,” he said. “The first person I made a bat for was a 12-year-old kid. It was a Monday when his parents contacted me and they needed the bat for a tournament on Saturday. Once I made it I went out to the game and I saw him hit with it and it stood up against Louisville, Rawlings and all these different companies so I thought, I can actually make this a business. More parents began asking and the business was born.”

Knowles lives with his wife and three children in Birmingham, Alabama. He is currently employed with the Birmingham Sheriff’s Department but hopes to pursue Caribbean Sluggers full time as the company continues its development.

“These bats are affordable, more affordable than many major brands, and we sell the same wood. You get to speak directly to the manufacturer, the individual that makes the bats. When people realise they can talk to me and get updates or be a part of the bat-making process, that’s what separates us. Everyone gets the professional treatment whether you are eight-years-old to professionals,” Knowles said.

“Outside of just constructing the bat I had to learn how long the paint had to cure before I can put the polyurethane on there, how long that is supposed to cure before I put the logo on and engrave it. There’s a lot that goes into it. You can make the perfect bat but if the entire process isn’t done right you won’t have the product you want. The bats that I make now can make or break an individual’s career. Growing up, we didn’t get custom wood bats, whatever we had is what we used. Everyone now is getting their stuff custom to where it fits their personality and gameplay, back then, we just got it and swung. So going through this process I gained a greater appreciation for the craftsmanship.”

The COVID-19 pandemic halted Knowles’ plans to introduce his products on a large scale at the Bahamas Baseball Federation Nationals, but he still hopes for the brand to become a larger part of Bahamian baseball culture.

“I planned on setting up a kiosk at the Nationals so people can actually see me and connect me with the brand, but hopefully they have that event next year,” Knowles said, “Everyone has to be open to accepting a new brand and not be so stuck on the most popular ones. I’m not one of the major brands, nor do I want to be, but I’m Bahamian, I’m genuine in my approach, and the process I make the bats, I’m transparent with it. I would love to help where I grew up and where I learned the game, I would just hope that more locals would be open to bringing my brand into the baseball market. I think if we actually worked together more and not be so separated and if we got together as one unit, I think we would be a baseball powerhouse.”

Knowles graduated from Troy University with a BSc. in Sport Management and Fitness. He is currently USA-W Certified Strength and Conditioning Coach. At Troy, Ali played baseball and was a part of the team that ranked in the NCAA Top 25 in 2011 and 2013.

His baseball journey facilitated a love for the game at an early age through the influence of his father, Patrick Knowles, founder of Premier Plus Consultant university support. His younger brother, Perez Knowles, was also a baseball standout who graduated from Columbus State University- CSU with a BSc. in Exercise Science and Kinesiology. He is currently a graduate assistant coach with the CSU baseball programme.

“I used to watch my dad and his friends play senior league baseball at GB Park and that made me put a glove on, and I was instantly hooked,” he said, “I got into T-Ball, and eventually we played on junior league national teams all over the Caribbean. Once I turned 15 I moved to Christ School in North Carolina where I played football and baseball. I went to Troy University but I struggled with a lot of injuries. I also briefly played with team Great Britain at the World Baseball Qualifiers but after that, Caribbean Sluggers was my way to stay close to the game.”

“We hope to one day become MLB certified and have maybe 3-4 pro guys pushing our brand out,” he said, “Ideally we want to move from the garage stage into a fully operational warehouse where we can actually have customers come in and buy from the pro shop, hit the cages or get a custom bat while we’re on site.