‘Time To Deliver On Freedom Of Information Pledge’ 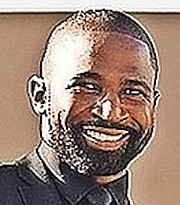 SENATOR Ranard Henfield yesterday criticised the government for failing to appoint a Freedom of Information Commissioner.

Speaking in the Senate yesterday, Mr Henfield said the government should not let the end of the month pass without appointing someone to the post.

He said by failing to do so, the government stood the chance of eroding public support.

“Today is March 25, civil society has asked repeatedly for a Freedom of Information Commissioner and it’s past time,” Mr Henfield said as he contributed to the Airport Authority Amendment Bill, 2021 which was passed in the Senate yesterday.

“Nothing, absolutely nothing, is worse than when the people that supported you feel as if you have not come through on the things for which they supported you to do.

“March 31 ought not pass without a selection and announcement of a Freedom of Information Commissioner.

“Let us not erode public support and support of civil society by dangling the carrot any longer.”

He continued: “Additionally it is time that civil society be granted a parcel of land for it to construct a complex for use by all of the NGOs that have to come to people’s aid in times of hardship and crisis. No government can do it alone.”

The senator said every government will require the assistance of NGOs and it was time to fortify the groups so that they were in a position to render assistance as needed in a pandemic or any crisis.

He also noted that the Centre for the Deaf was having difficulties and needed a permanent home.

In January, Organisation for Responsible Governance renewed calls for full implementation of the Freedom of Information Act, insisting all available resources be committed to its enactment.

Matt Aubry, ORG’s executive director, told The Tribune at the time it was imperative the legislation advanced as the government has shown it can prioritise when needed.

Section 47 of the Freedom of Information Act 2017 (FOIA), which outlines protections for whistleblowers, was brought into force in 2018.

The previous Ingraham administration passed a FOIA shortly before the 2012 general election, however there was no date for enactment. The last Christie administration then overhauled the legislation, and conducted an extensive public consultation process.

The Christie administration passed a FOIA in Parliament in February 2018. However, aside from the whistleblower’s protection, only part one and sections of part five and eight of the legislation have been enacted, allowing for the appointment of an information commissioner and repealing the 2012 FOIA.

Finally this guy is speaking out where we all can hear!!! This has got to be the absolute worst government in our history. Reason? Because they are capable of so much more is it wasn't for the PM who appears to be standing in the way. No one expects the PLP to achieve anything and they largely always fulfill that promise. We know the PLP party are ticks and they always perform as such.

Let the PM appoint himself as FoI Commissioner for all I care, but do something to move this forward.

seriously? They trying to win an election and pander to voters they will say anything.

The world feels like one big prison from those ppl sitting above the laws.

seems like he waited to speak until it was clear he was not going to get a nomination.

nobody is listening, you sold our ear for a bowl of porridge

All they will do is pass the law in parliament but not in senate so it won't be gazetted, and thereby not be a law. They will do this just before the election so they can say look we did it, but then have no intention of actually implementing it whoever wins (and PLP and no plans to either).

Comrades Ranard and Renward, both are examples of the full of kinds Thee Mr. full of Minnis, has surrounded heself with.
Well, the two, Red Apples, didn't fall far from the tree.