• Action urged ‘only in most extreme circumstances’

Ben Albury, Bahamas Bus and Truck’s general manager, told Tribune Business that reverting back to lockdowns and other measures employed in 2020 would “destroy” the progress this nation has made to-date in reviving its vital tourism industry.

Speaking after public health officials yesterday voiced concerns that rising infections suggest The Bahamas is on the brink of suffering a COVID-19 “third wave”, Mr Albury urged the government to only reimpose restrictions “under the most extreme circumstances” given that many businesses “are very close to failing” due to the events of the past 12 months. 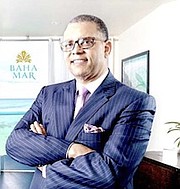 Robert Sands, the Bahamas Hotel and Tourism Association’s (BHTA) president, yesterday declined to comment on what he described as “speculation” about how the government may react to rising COVID-19 case numbers.

However, he confirmed that any new restrictions would be a major setback for the country’s tourism re-opening as it would disrupt “the momentum that is growing week by week” due to the “encouraging booking pace” that is being felt across all sectors of the Bahamian tourism industry. 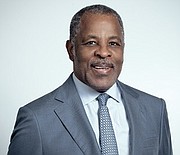 And Sir Franklyn Wilson, the Arawak Homes and Sunshine Holdings chairman, echoed by Mr Albury by asserting that renewed COVID-19 health restrictions are “the last thing this country needs” since they could be “a real pathway to some dark days”.

The trio spoke as Dr Nikkiah Forbes, The Bahamas’ top infectious diseases specialist, yesterday confirmed public health officials were on alert amid a growing belief that the recent increase in COVID-19 cases has placed this nation on the brink of enduring a “third wave” of infections.

She confirmed it was “fully possible” that cases may further skyrocket due to family and social interaction over the upcoming Easter holiday weekend, adding: “There is a sustained uptick in the number of cases and that is very concerning, and there could be an increase in cases after the holiday weekend if we are not following the health instructions.”

Some 167 new COVID-19 cases were recorded last week, followed by 160 the previous week. This is understood to have concerned the government, sparking discussions at the Cabinet level over whether certain islands may now need tighter restrictions, with some public health officials thought to be eager to impose tighter curfews and even more restrictive measures to curb the spike.

However, Mr Albury argued that any health-related moves must be balanced “with the financial health and well-being of the country, which is in a very fragile state” due to the damage COVID-19 has imposed on businesses, jobs and incomes over the past year.

“I think that would be detrimental,” he told this newspaper over the tightening of COVID-19 restrictions. “That would be a terrifying proposition to look at doing that again at this stage of the game.

“For the hotels and tourism business, that would destroy us. Things are starting to get open again, starting to get cranking again. Most business owners I have spoken to in the hotel and tourism industry expect to be back to normal between now and summer. Tourism sprinkles through the entire community in terms of its financial impact.

“I hope the Prime Minister will only make a decision like that under the most extreme of circumstances. I don’t think at this stage that this is something that warrants that type of action. I just hope persons continue to follow the health protocols and stay safe.”

The Bahamas Bus and Truck chief said the uptick in COVID-19 cases was likely due to an increase in travel associated with the Easter holiday season, which was confirmed yesterday by Dr Forbes. He also suggested that increased testing may have helped produce the growing case numbers, but argued that there was no drastic need for more restrictions amid the ongoing vaccine roll-out.

The National COVID-19 Consultative Committee on Sunday night said The Bahamas will receive 33,600 doses of the AstraZeneca COVID-19 vaccine through the COVAX facility this week, as part of the more than 100,000 it is expecting.

Mr Albury, though, said “some of this stuff doesn’t make sense to me”, pointing out that Grand Bahama has a less strict nightly curfew than New Providence even though it has more COVID-19 cases per capita than the capital.

“I don’t see the need to impose additional measures now,” he argued. “I just hope there’s no knee jerk reaction, things are well thought-out and there’s some balance with the financial health and well-being of the country, which is in a very fragile state right now.

“There has to be some balance, and that has to be very carefully considered before any action is taken. There’s a lot of businesses that have already been hurt, and many more are very close to following. I wouldn’t want to have to make a decision like that with so many people’s financial well-being at stake.

“With the number of cases in the country, that [reimposing restrictions] cannot be a serious consideration at this point, but I’m not the one to decide. I hope for everyone’s sake that doesn’t happen.”

Mr Sands, while declining to be drawn on the reimposition of COVID-19 restrictions, effectively confirmed they would choke off momentum that has made Easter “the busiest period” of all since the Bahamian tourism industry re-opened to visitors.

“Obviously we are concerned by any uptick or increase in COVID-19 cases, but we have not heard any discussion about the reimposition of COVID-19 related restrictions,” he told Tribune Business.

Urging Bahamians to “not let our guard down and be as vigilant as possible during this period as vaccines roll-out”, Mr Sands said the inoculation effort was “going as quickly as it possibly can” based on the present 20,000 doses that are available.

Looking forward to when the additional 100,000-plus doses acquired via the COVAX facility arrive, he added: “The industry has been gaining momentum. Let us focus on the positive. I can tell you that based on the reports that emanated from the BHTA Board of Directors meeting last week there is cautious optimism.

“The industry is showing an uptick, and certainly business over the Easter period is better than other periods so far this year. We’re encouraged by the pace at which bookings are taking place, and we have to keep this momentum going.

“There are encouraging signs of the sector continuing its way back to pre-COVID levels. It’s taking some time, but is gaining momentum week by week. The [booking pace] varies from hotel to hotel, and island to island, but I can tell you it was a unanimous position put forward by the board of directors, the boating and yachting sector, increasing airlift - everything is pointing in the right direction at this time,” Mr Sands continued.

“It’s not where we want it to be, but we’re certainly trending in the right direction.” Sir Franklyn, meanwhile, said the Government itself would be among those most impacted by the return of COVID-19 restrictions as the reduced economic activity that will result is bound to throw its fiscal projections and assumptions off-course.

“This is absolutely the last thing we need,” he said of the possibility of a third COVID-19 outbreak. “That is the last, last thing this country needs. We’ve just got to pray we’re not going down that path. Christ, man, that could be a real pathway to some dark days. It will not be good news.”

Why aren't there any bahamian medical personnels who has the ability of studying the AstraZeneca vaccine hasn't attempted to research before giving it to the general population. I guess the oil is more important for further testing and evaluation. That shows you how you don't matter, just shove it down their throats because eventually they will accept it.

Our doctors are reviewing the data provided by the drug companies. If there is so-called 'hanky panky', our doctors will call them out on it.

All countries in the world, with few exceptions, do this.

Those countries have their own scientist, but we don't have our scientist taking on that challenge because the national treasury doesn't exist anymore here. Our country is a country that will have to accept whatever country is paying our national bill 💸

Can sure ply EXPLAIN to me: WHAT EXACTLY DO THESE VACCINES DO? They do NOT PREVENT one from catching Covid-19. The vaccines do not PREVENT one from passing the virus on to others. And there is a possibility of being even re-infected after taking the vaccine. In fact the ONLY thing these vaccines do is REDUCE the chances of becoming seriously ill and possibly dying if one does contract the Covid virus. Now isn’t that a hard sell for a vaccine that had NOT been fully tested and is only being administered under a state of EMERGENCY... by grabs!

PS;seem like wearing masks, social distancing and regular hand washing and Sanitstion offers more protection than the VACCINES. So why the push for mass vaccination?