Weinburger Jr And Lions Eliminated In Naia Opening Round 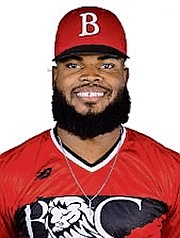 WADE Weinburger Jr and his Bryan College Lions had their run in the NAIA Baseball National Championship Opening Round come to an end yesterday in the Lakeland Bracket.

The No.2 ranked Lions lost to the No.3 ranked Middle Georgia State Knights for the second time in a week, 5-2 in extra innings at the Chain O’ Lakes Complex in Winter Haven, Florida, yesterday.

The Lions finished the tournament at 2-2.

Weinburger doubled in the bottom of the eighth inning to start the rally for the Lions and was eventually plated on a sac fly to tie the game 2-2. The Knights scored three runs in the top of the 11th to advance and face the No.1 seed in the bracket, Southeastern.

Bryan concluded its season with a 37-18 record.

They opened play in the bracket with a 2-1 loss to the Knights. Weinburger drove his team’s only RBI of the game with his sac fly in the ninth inning.

The game was scoreless through the first eight innings, but the Lions took a 1-0 lead in the top of the ninth after Weinburger’s RBI. However, the Knights loaded the bases in the bottom of the 9th and Joel Ellis hit a walk-off single that brought in two runs to give Middle Georgia State the 2-1 victory.

In a 13-5 win over Fisher, Weinburger went 2-5 with three RBI and one run and followed with two runs in the 11-6 win over Beaumont.

The winner of the Lakeland bracket will be one of nine teams to advance to the final site in Lewiston, Idaho to compete for the 2021 NAIA Baseball World Series.

The Lions finished as runners up in the Appalachian Athletic Conference Tournament, but with an appearance in the title game, they secured an automatic bid to the National Championships.

Weinburger’s senior season of milestones was highlighted by the AAC as he earned first team all conference honours for the third time in his storied career.

He ranked fourth in the conference and 43rd in the NAIA in RBI with 54.

His 14 home runs are ranked seventh in the AAC and 38th in the nation. Weinburger also ranked 10th in the league with a .605 slugging percentage and led the team with 42 runs scored.

Also in the NAIA, Webber International Warriors outfielder Dominique Collie Jr received conference-wide recognition for his defensive prowess over the course of the season.

Collie was named to the Sun Conference’s 2021 Gold Glove Team and will advance to the Rawlings-NAIA Gold Glove national ballot.

Playing in left field, he made just one error, put out 67 opponents and recorded five outfield assists. With a .986 fielding percentage, he converted on 72-73 chances.

“I am very excited for these three guys in receiving the conference gold glove award,” said Warriors coach Matt Saliba. “They all did an outstanding job defensively and helped us win a lot of games because of it. It is a great accomplishment, and hopefully they all get a shot at receiving a national gold glove.”

Warriors’ season concluded after they were eliminated in Sun Conference tournament with a 5-0 loss to Keiser and a 7-3 loss to South Carolina Beaufort.