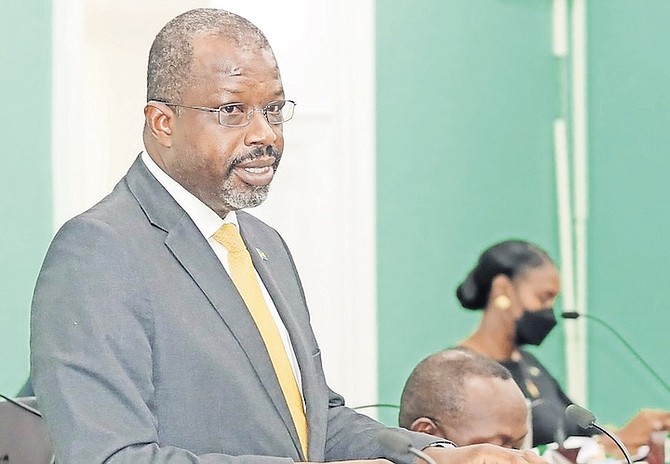 His comments came a day after police said the four-year-old died as a result of blunt force trauma.

When asked by a reporter yesterday if there was any evidence of sexual abuse in Bella’s case, Police Press Liaison Officer ASP Audley Peters said no comment.

Mr Munroe said it is enough for him that a child was killed without requiring any additional details to be outraged about the incident, as he suggested people were “insinuating” there was more to the situation.

On Tuesday night, the Royal Bahamas Police Force said the girl died as a result of blunt force trauma to the body resulting in multiple fractures. There was no mention of any sexual assault findings.

This has not quelled social media speculation that there is more to the case that has not been released to the public.

Asked by The Tribune yesterday whether there was any evidence to suggest sexual abuse, Mr Munroe said: “Nothing that I have seen.

“What is distressing is this: a young child has been killed. Now I understand the public’s appetite for sleaze but at the end of the day I am sufficiently outraged by a young child being killed that I don’t require anything additional to be outraged.

“The point that I made in Parliament is, we get outraged, we kick up and then after a while it goes flat.

“Marco’s Alert isn’t active. We were all offended by Marco Archer’s death. We don’t need to insinuate anything more into something than is there.

Bella died at Princess Margaret Hospital after she was brought to the facility with injuries about the body last Friday.

People living near the major subdivision apartment where the child lived have told The Tribune the environment was volatile with constant fighting. A neighbour also claimed that on at least one occasion a female relative living at the home asked him to call the police, citing violence against her and the child from a man in the home. Another woman alleged the child had been left home alone on more than one occasion.

Bella lived with her great grandmother, Mary Grant, in Grand Bahama from the time she was two weeks old until very recently.

Ms Grant said relatives there are distraught and feel that she was “sent to her death.” 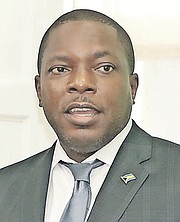 The tragedy has gripped the nation and caused a public outcry.

It was a frequent talking point in the House of Assembly yesterday, with House Speaker Patricia Deveaux holding a moment of silence at the beginning of the sitting in honour of the well-loved child.

She began the sitting by alluding to the allegations of sexual abuse adding that Bella Walker had been robbed of her innocence.

“(Beautiful Bella) was robbed of her future to become a pioneer in our society,” Speaker Deveaux said.

“As a mother I’m appalled.”

She asked fellow Members of Parliament to join her in protest of acts of violence against children. 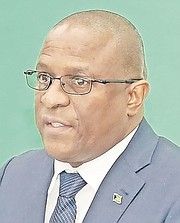 “Princess Bella was also a resident of Centreville and this situation has certainly touched the hearts of not only our community, but our entire country,” he said.

“I want to take this time to mention and to reaffirm my commitment as minister to pass and strengthen the necessary laws to enhance the protection of our most vulnerable amongst us, our children.

“It is our desire to see the enhancement of the administration of justice in this regard through the creation of a sexual offenders court.”

He said through practising in the legal system for 16 years, he was well aware of the challenges, adding that he and the attorney general would do their best not to interfere in the process, but to ensure that all had the tools needed to enable the smooth, swift and equitable dispensation of justice in The Bahamas.

For his part, Marco City MP Michael Pintard said too often the country is moved to outrage at the onset of a tragedy and then moves on to the inertia of doing nothing.

He said the country has come to a point once again where all should be outraged and act in a manner that said “enough was enough.”

A man and woman are assisting police with their investigation.

Why is this being discussed in parliament? Yes condolences can be offered but the rest should be left up to the police and then the courts. Once that is done then it can be discussed.

It's called "deflection"; a worthless politician's classic tactic for taking the public's eye off of what's truly important to our country as a whole from the standpoint of preventing other similar tragic deaths of the most vulnerable among us.