INSIGHT: We’re not being alarmist - the dangers we face are real 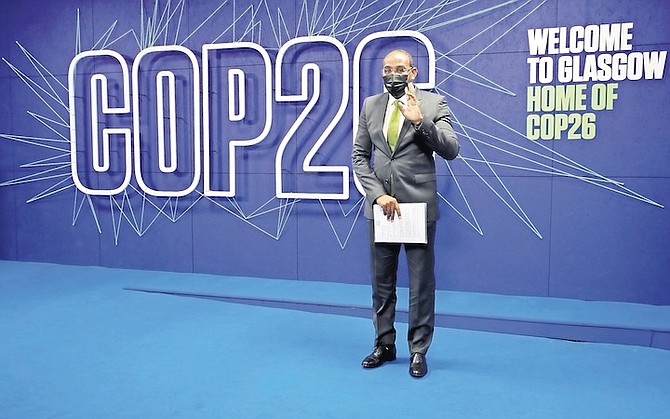 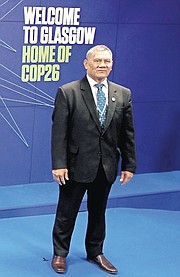 Dr Anne Gallagher, Director-General of the Commonwealth Foundation, has written today’s column instead of Sir Ronald Sanders who is in the middle of the 51st General Assembly of the OAS of which he is vice chairman. Sir Ronald’s column will be back next week.

SMALL island states are experiencing global warming in ways that most of us can barely imagine.

From the Pacific to the Caribbean, these tiny nations, already highly vulnerable, are being battered by hurricanes and rising sea levels; their shorelines are retreating; salinisation is ruining agricultural land and compromising vital sources of freshwater. Whole villages and communities are physically shifting to higher ground.

For countries like Tuvalu in the Pacific, and Antigua and Barbuda in the Caribbean, claims of existential risk are not alarmist. Rather they reflect the very real possibility that, along with some of the world’s other 192 nation-states, Tuvalu and Antigua and Barbuda may not exist in physical form in just a few decades time. And this is not the only path to disaster. Because they lack the capacity to absorb large shocks, a single severe weather event in a small island state can wipe out livelihoods and decimate the economy.

‘Some countries will sink while others will swim.’

The global diplomatic discourse around climate favours a false equivalence, a mantra that we are all responsible, that we are in this together. But that is untrue. Some countries will sink while others will swim. Some countries bear much more responsibility for damaging the climate than others. Some continue to enrich themselves in the full knowledge that they are causing real and lasting harm.

On the first day of the COP26 climate summit, Tuvalu and Antigua and Barbuda took a modest but important step towards climate justice. Standing shoulder to shoulder, the Prime Ministers of these two small nations announced the establishment of a Commission of Small Island States on Climate Change and International Law.

This is a momentous development. Until now, international law has not been consistently or effectively used to hold countries to account for the damage they have inflicted on others through practices that contribute to global warming.

This is despite well-established principles such as ‘polluter pays’; a dense web of rules that assign liability for foreseeable harm and ask that it remediate it; and a network of courts and tribunals that exist to uphold these laws and hold violators to account.

The hope is that all countries in similar positions to Tuvalu and Antigua and Barbuda will sign up to the Commission. The Alliance of Small Island States (AOSIS), an intergovernmental body that brings together small and low-lying coastal developing States, is key here. The alliance has been instrumental in bringing its members to the big table: amplifying the voices of those who would otherwise be relegated to the sidelines. AOSIS Member States understand, very well, the problem of false equivalence. They are starting to reject handouts, rather demanding debt relief and fair access to vital financing for mitigation and adaptation as a right. They are now going even further: threatening, in very clear terms, to take their claims for loss and damage to international courts and tribunals.

No longer will they wait patiently while pledges of the rich and powerful go unfulfilled.

The issue of liability and compensation for loss and damage associated with global warming has long been a sticking point in climate diplomacy and a focal point for civil society advocacy. Despite strong lobbying by AOSIS members, the Paris Agreement (UNFCCC) failed to include any meaningful acknowledgement of loss and damage. Subsequent efforts by States Parties to the UNFCCC to fill this gap have been subdued and largely unsuccessful.

The announcement of an International Loss and Damage Commission— established outside the ‘formal system’—should be taken as a clear sign that the world’s small island developing countries have had enough. No longer will they be lectured about needing to reduce their own meagre carbon emissions while archaic development financing rules obstruct their access to vital funds. No longer will they wait patiently while pledges of the rich and powerful go unfulfilled. No longer will they pretend to be satisfied with vague commitments and empty promises.

For Prime Minister Gaston Browne of Antigua and Barbuda and Prime Minister Kausea Natano of Tuvalu, the time has come to use the sharp tools of international law to hold those who are most responsible for global warming to account. They deserve our respect and support.