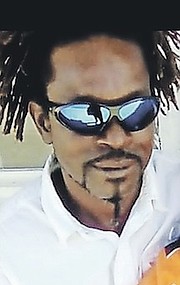 THE family of the pedestrian who was hit and killed by a car last week in Eight Mile Rock, Grand Bahama, said the tragedy is a hard pill to swallow.

Jermaine Lightbourne said his brother Ricardo McKenzie, 47, was the father of eight children. Their mother is devastated, he said.

He also took issue with information reportedly posted by a Facebook page and website about the incident.

“There is a lot of speculation out there,” said Mr Lightbourne, who said that relatives are waiting to speak with police concerning the incident.

He said he heard that the deceased was standing on the sidewalk when he was hit by a vehicle that was overtaking another car. However this has not been confirmed by police.

When contacted for an update yesterday, Assistant Superintendent of Police Stephen Rolle said police are still awaiting the results of an autopsy.

According to official police reports, the accident occurred shortly before 10pm on Friday, November 12. Police received a report of a lifeless body on Queen’s Highway, Bartlett Hill, Eight Mile Rock.

Initial investigations indicated that a man who was attempting to cross the street was struck by an unknown vehicle travelling west.

Police said the driver of the vehicle did to stop, however, he later returned to the scene after he had checked his vehicle and saw visible damage.

EMS arrived on scene and said the man was lifeless. He was taken to hospital by EMS where he was pronounced dead.

Mr Lightbourne said his brother was a carpenter who had eight children between the ages of 26 and five years.

He received a call that night about his brother, but did not believe he was dead.

“When I heard the news at first, I thought it was just a simple accident and that he got hit, and maybe he had a broken arm or leg or something like that,” Mr Lightbourne said.

Then he received another call that his brother had passed away.

“I said, ‘what you mean he’s gone?’ They said, ‘he died,’ and I broke down crying,” Mr Lightbourne recalled.

“His body laid there on the ground for almost an hour. I came all the way from Freeport, and they did not cover his body up right away.”

He said the incident is a blow to the family, following the recent loss of other close relatives.

“We found out that three of my brother’s siblings recently passed away on his father’s side and that their burials are also coming up. His father’s family was coming over here to bury them, and then they got this news – everybody is in pain right now.

“We are waiting on the police to get full details – I do not want to speculate,” Mr Lightbourne said.

He said that his brother was not a troublesome person. “He was never in problems or any mix up. He was always smiling and cracking jokes,” he said.

“He would come home in the evening and make sure mother gets something to eat and then he would go chill out. He had just reached home and took some food to mother and went right back out front, and not even five minutes when this happened.

“My mother is very devastated about what happened, and so are his children,” Mr Lightbourne said.

A police investigation into the incident is ongoing.