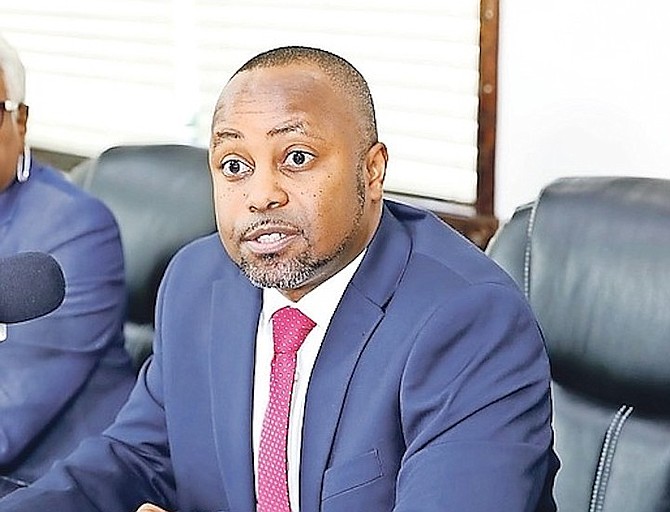 EAST Grand Bahama MP Kwasi Thompson is urging the government not to delay the various investments in Grand Bahama that were already approved under the former Minnis administration.

In addition to the Grand Lucayan deal — which has not yet been finalised — he mentioned plans for a new medical school, cruise port, and hospital projects, among proposed plans.

“I urge the government to move without delay on investments in Grand Bahama, such as the West Atlantic Medical School, Doctors Hospital Project, the Grand Lucayan deal, the Carnival Cruise Port project, and the Grand Bahama Shipyard project and the creation of a Maritime Centre for the Americas,” said Mr Thompson.

He stressed that the new government met “a recovering economy” when it came to office.

In a statement issued on Wednesday, the former minister of state for finance said there were indications that the domestic economy had started to show signs of slow recovery.

“The PLP government met a recovering economy,” he said. “Indications are that the domestic economy began a slow pace of recovery, despite the ongoing spread of the novel coronavirus (COVID-19) pandemic. This has been confirmed by the Central Bank of the Bahamas’ monthly economic report.”

He said the Davis administration is well aware of the progress.

“It should be noted that the Central Bank has confirmed that the Minnis administration has not only left in place strong foreign reserves near $3bn but also significant revenue increases well above 2021/22 budget projections,” he added.

Additionally, he said the new government has also been left with a working economic plan called the Accelerated Bahamas Recovery Plan, which has already provided positive results.

He said the Minnis administration approved numerous investments that are vital to the country’s full recovery, including projects such as the $37m Sandals redevelopment, $75m Aqualina project, and others.

He also urged the government to continue the implementation of Invest Bahamas.

He explained that Invest Bahamas was a recommendation of the Minnis administration’s Economic Recovery Committee to reform the Bahamas Investment Authority.

“Implementation process has already begun, and this is vital to continuing the forward movement of investments in the Bahamas,” Mr Thompson said.

He also mentioned that a borrowing plan was also in place and should benefit the new administration.

“The PLP government has the benefit of a clearly laid out borrowing plan which has been approved and published. This includes using a mixture of domestic and external facilities such as the IDB guarantee which will result in reduced costs and interest payments,” Mr Thompson said.

Mr Thompson said the Minnis administration’s economic policies have started the country on the path of recovery, and “we stand ready to assist in any way to achieve our full recovery.”

How much new debt did the previous administration accumulate? $3bn? So the foreign reserves if offset are ZERO. All wasted.