CIBC: ‘Business as usual’ for Bahamas despite regional sale 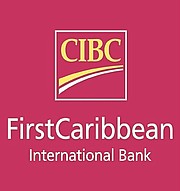 CIBC FirstCaribbean yesterday said it was “business as usual” for its Bahamas operations despite its move to exit five smaller regional jurisdictions.

In a sign that the Canadian-owned commercial bank has reverted to ‘Plan B’ following the February 2021 break-up of its deal to sell a controlling 66.73 percent equity stake to the Colombia-headquartered GNB Financial Group, CIBC announced that it has agreed to sell its operations in St Vincent, Grenada, Dominica and St. Kitts to a consortium of local banks.

They are The Bank of St. Vincent and the Grenadines; Grenada Co-Operative Bank; National Bank of Dominica; and St Kitts Nevis Anguilla National Bank. In addition, Aruba bank is acquiring its assets in that nation, with all transactions subject to regulatory approval.

Colette Delaney, CIBC’s chief executive, said in a statement: “These transactions enable FirstCaribbean to optimise and simplify its business, further enhance efficiency and focus on core markets to accelerate growth.

“In each case we chose a partner that is an excellent fit in its respective market, given that its knowledge of the local markets match with our product offerings and client base and strong market positioning.

“They each bring a depth of local knowledge to the market and the needs of our clients there, which we believe will serve them well in their positioning for the future. We remain committed to executing on our long-term strategy and delivering the best outcome for clients, shareholders, employees and communities.”

Teresa Mortimer, the Bahamas Financial Services Union’s (BFSU) president, whose union represents several hundred CIBC staff in this nation, told Tribune Business that the Canadian bank was unlikely to exit this nation due to the significant profits it continues to produce for both the regional head office as well as ultimate parent.

The BISX-listed Bahamian operation, which is 4.5 percent owned by local shareholders, generated $57.7m in net income for the nine months to end-July 2021. “This is definitely the most profitable unit, no doubt about that,” Ms Mortimer said. “It’s the most profitable one, that’s just the way it is. They’re not going to sell the profitable ones.”

CIBC has been seeking to exit the Caribbean for some time, having previously abandoned attempts to do so via an initial public offering (IPO) that would have been listed in New York in 2018. The Bahamas produced 32.3 percent, nearly one-third or just over $188m, of CIBC FirstCaribbean’s $581m top-line in 2018, its $85m in net income generated 84 percent of the bank’s regional $101m bottom line.

The sale to GNB Financial Group did not proceed because it “did not receive approval from FirstCaribbean’s regulators”. One highly-placed source, speaking on condition of anonymity at the time, said simply that “the regulators didn’t go for it” in multiple Caribbean states.

“The regulators were not very comfortable and just focused on the pandemic, and the deal just fell apart,” the source said. “From what I understand it is really the regulators lost their appetite and couldn’t be convinced that the timing and everything else was right for this.

“They were distracted by COVID and the loss of activity in the market. The two parties at the top decided enough was enough. Even they may have lost their appetite.”