Govt ‘Will Stick To Law’ On Severance Packages 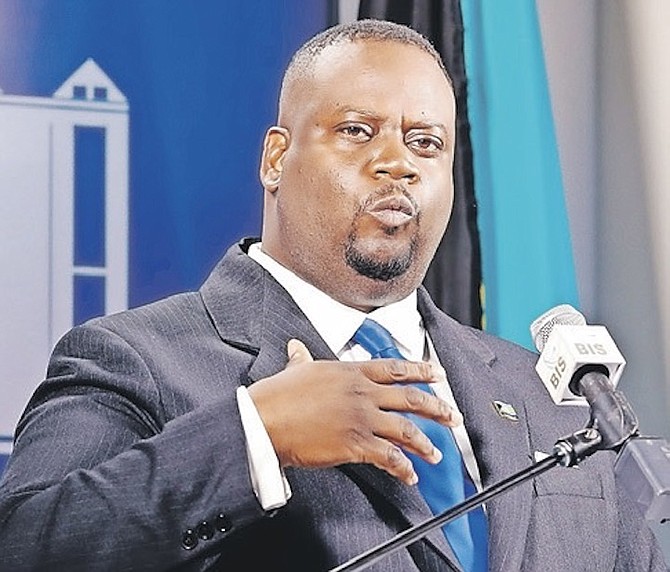 WHEN the state of emergency ends next month, the Davis administration will not continue suspending the provision of the Employment Act that demands employers give severance packages to furloughed workers.

Clint Watson, the press secretary in the Office of the Prime Minister, said the administration will adhere to the law on the matter, adding that dialogue with businesses will be essential.

“It’s important to know we stand behind the law, as a government we stand behind the laws on the books,” he said. “That’s challenging for many businesses, particularly during these economic times to say ‘okay well you have to follow the laws and pay out when you are going to disengage with somebody.’ That’s why we seek to work with business.

“Like I said earlier, our mandate is to have open dialogue and we’re going to talk to businesses. We’re going to see where they are at, we’re going to talk to them about how feasible is this because sometimes if you recognise that you have to pay out the package it might be in the best interest of the employer to just retain the employment of the employee and if we can do that, that’s a win for the Bahamian people but it requires talking to them. But we stand by the law and I think what will happen is the discussions will generate and will guide the next moves for these businesses and these companies.

“Prime Minister Davis recently met with a major employer and one of the things he said to them (was) that if you have to move to this stage I expect you to follow the law in settling payouts. That was his position and I think we all smiled around the table because we recognise that he’s come into office to follow what’s right for the Bahamian people but it requires dialogue.”

Former Labour Director John Pinder said there are pros and cons to removing the provision that suspends the relevant part of the Employment Act.

He said there are certainly businesses that have little realistic chances of being able to provide redundancy packages to their employees. However, he said some employees will welcome the Davis administration’s move because they can then move on with their life.

Under the Emergency Powers Order, businesses will have a 30-day grace period after the state of emergency expires before the Employment Act provisions kick in.

“Our economy shows some sign of further rebounding where businesses are now making money and if they can afford to bring back staffers it might be feasible to do what the administration is doing,” Mr Pinder said. “The extra 30 days gives them an opportunity to remodel their businesses or they have to find monies to pay those persons or make them redundant. I don’t know if the economy has rebounded to the point where businesses are booming for them to do so.

“It is a good thing for employees to at least know their fate, that they no longer have a job or they will get redundancy pay and they can now start to plan their life better. It will be important for the minister of labour to as best as he can negotiate with these employers to not make the people redundant and if they do so, don’t have the clause in contracts saying people can’t go to another employer for a certain period of time.”

Mr Pinder said it’s unclear how many workers in the country are currently furloughed.

“The numbers have reduced since the extension of the curfew but there are still a number of persons furloughed because some businesses haven’t seen the rebound as yet to bring the people back, especially tourism businesses.”

Yet another phat kat!!

This man is playing a game he do not hope to win!! Mark my words. . .the Bahamian eletorate will start hating Clint Watson "in one hot minute". . .he is "swelling-up" to fast. . .putting PM Davis "into a box" where he can't "put he foot in he mouth". . .that will back-fire with speed!! Clint too "green" to swing a portfolio like what he "trynna" do. . .the press will kill him!! His schemes will "swing" him!!