DIANE PHILLIPS: Activists in the board room? Can it happen in The Bahamas? 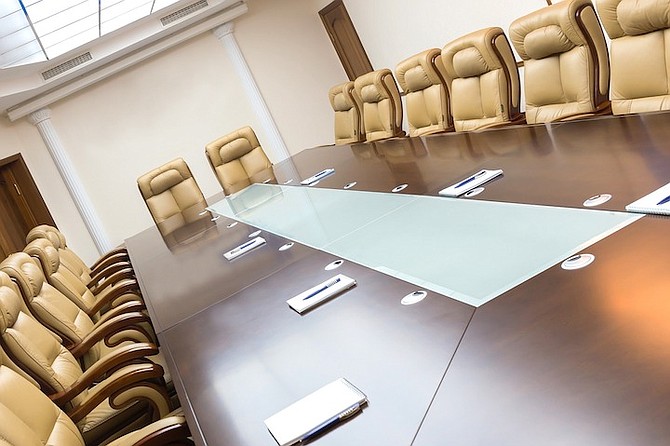 WE may tout our advanced technology, our award-winning cloud data saving capability, our internationally acclaimed Family Island beaches, but when it comes to knowing how to make a difference in something that could save our very country, we turn our backs on today’s tools and dig out yesterday’s toys.

Instead of taking our case to the board room, instead of making companies that have led to our woes live up to their responsibility by electing board members who would fight for social justice and environmental reform, we click on talk radio and listen to the jabber.

This is not a diatribe against talk radio. I remember clearly how we all celebrated freedom of broadcasting when then Prime Minister Hubert Ingraham opened the airwaves. But since then, what we have heard over and over again is a few voices with a rehearsed message interspersed with the occasional fresh point of view. The result – talk radio has become our “out”, our main platform for getting a view about anything across.

By failing to look past the radio dial to make things happen, we have become lazy in how we fight to right whatever wrong demands attention. End child abuse, domestic violence, mitigate against climate change, save coral reefs – whatever it is, we are singing to the choir and largely taking our battle for justice to the neighbour next door instead of the world via social media platforms, electronic publications, wire services, international reporting and most importantly, the board room of public companies concerned about their profile, especially in the U.S. and Canada.

We would all be surprised at what impact a small but beloved nation like The Bahamas with a cause like saving its own future could have if board rooms were part of the messaging.

Case in point. Climate change. This is not a war we created but one in which we are the unwitting victims.

The message is simple – you played around with our future. We are paying the price. It is up to you to right this wrong.

We may not be able to rewrite history, but you can help us write our future.

Industrialised countries abused fossil fuels, straining resources, polluting and slowly destroying the layer of protection that kept the sun from overheating the earth.

Now as the earth heats up and records continue to tumble, crop production will diminish. Coral reefs will suffer from increased algae blooms. Warmer waters will combine with sea level rise to produce stronger storms with less warning.

And one day, scientists predict, much of The Bahamas will be under water.

Every recent prime minister has recognized the danger and the importance of taking the message abroad.

Prime Minister Philip ‘Brave’ Davis delivered a brilliant and impassioned speech at COP 26 in Glasgow late last year where world leaders, activists and NGOs engaged in the climate change fight heard his plea. His speech was stirring enough that the Duke of Cambridge Prince William recalled it when the two met in Nassau last week.

But what followed? Did The Bahamas continue to take our plea to the world? Did we even stop building in low-lying coastal zones? Please assure us that we did.

Let’s capitalize on what was started, nudging the needle of the conscience of our neighbours. Let us take our activism and our messaging to the boardrooms of the world where it can make a difference. Others are doing it with remarkable success, changing traditional corporate behaviour by decisions made in the boardroom.

According to Bloomberg data, activists launched 220 campaigns against firms worth more than $1 billion in 2021. Even in COVID-stricken 2020, there were 183 boardroom campaigns for social and environmental justice.

Thanks to a thorough piece in the March 27 issue of Daily Upside, we know ex-actly how powerful a force boardroom activism can be. McDonald’s changed its practices after being accused of animal abuse and now sources up to 90% of its pork from suppliers who treat pregnant pigs humanely instead of raising them in crowded, confined pens. Toshiba, Bed, Bath & Beyond and Apple are all feeling the boardroom do-better pinch. No company has felt the impact more so than Exxon-Mobil, the $250 billion giant that was forced to revamp its entire business model based on three board members who earned their seats when a tiny hedge fund driven by supporters raised enough money to buy a small percentage of shares and worked diligently to get its representatives with a new kind of conscience elected to the board.

Starbuck’s did not decide to stop using the seven billion paper cups it con-tributes to landfills every year because employees or customers thought it was a good idea. It was part of a broader policy directive to reduce its waste by 50 percent by the year 2030. If Starbuck’s can get its loyal public to switch to reusable plastic, something absolutely foreign to its brand, we can get a wider audience to take the cause of climate change in The Bahamas seriously.

But we have to go beyond talk radio and take it to the board room where decisions about electric vehicles and renewables are made.

If we want the world’s attention, we must create an advertising campaign that shows The Bahamas 50 years from now drowning, our sand being sucked out to sea, a confused and desperate sea turtle looking for a place to nest, an osprey searching for fish in an empty ocean.

Our message could be powerful. All we are asking for is friends, empathetic friends in the boardroom who hold our future in their hands.

Daily Upside calls the “rambunctious” activism in the board room a new swash-buckling kind of investing and I quote, “When investors do anything, 99.9% of the time it’s because they are after the almighty greenback. But these days, many activist campaigns have been tinted an entirely new shade of green. First-time or infrequent investors accounted for about 75% of activist campaigns in 2021, according to Goldman Sachs, and those new activists are bringing an increasingly popular form of boardroom activism: one focused on environmental and social issues.”

We have seen the impact of impassioned pleas for international attention by Ukrainian President Volodymyr Zelensky. Sure, his cause, fighting back against an unprovoked takeover of his country by a superpower with no authority to do so but a desire for land and resources grab, is a million times more intense than the eventual swallowing of The Bahamas and the urgent fear of deadly storms. But in some significant ways, there is a parallel.

When you are trying to save a nation, you need an army of believers to walk alongside you.

Or better yet, take a seat in the board room where decisions are made and stand up for justice.