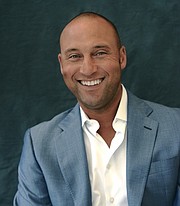 This year’s DJCI will kick off Thursday, April 28, with a private welcome reception at Marcus at Baha Mar Fish and Chop House hosted by Angie Martinez, featuring music by legendary, award-winning artist, DJ, and philanthropist D-Nice.

Since the event launched in Las Vegas in 2015, DJCI has contributed more than $8 million to The Turn 2 Foundation. Established in 1996, Turn 2 supports initiatives that promote leadership development, academic achievement, positive behaviour, healthy lifestyles and social change among young people.

Since its launch in December 1996, The Turn 2 Foundation has created and supported programmes and activities that motivate young people to turn away from drugs and alcohol and “Turn 2” healthy lifestyles.

Through various specialised programmes and events, the Foundation works with youth in New York City, West Michigan and Tampa, empowering them to reach their full potential. Its signature Jeter’s Leaders initiative is a four-year leadership development programme that fosters academic achievement, positive behaviour and social change among high school students.

During its 26-year history, Turn 2 has given back more than $35 million, funding its signature programmes as well as organisations that support its mission.