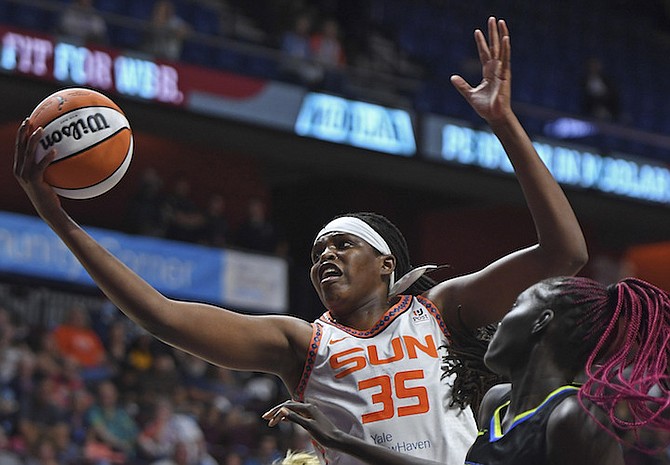 Game 2 of the best-of-three series is Sunday in Uncasville.

“We’ve been working the entire season to be here, so we don’t want to squander this opportunity,” Jones said of the home-court advantage. “We got to come up with that right intensity.”

Dijonai Carrington added 13 points and DeWanna Bonner scored 10 points of her 12 points in the first half for Connecticut.

Dallas scoring leader Arike Ogunbowale sat out because of an abdominal injury. The Wings got a boost when Satou Sabally played in her first game since July 12. Sabally scored 10 points in the first half, including a half-court heave to beat the first-quarter buzzer, but she went scoreless after halftime.