Umpire Sears assembles team of candidates ahead of elections 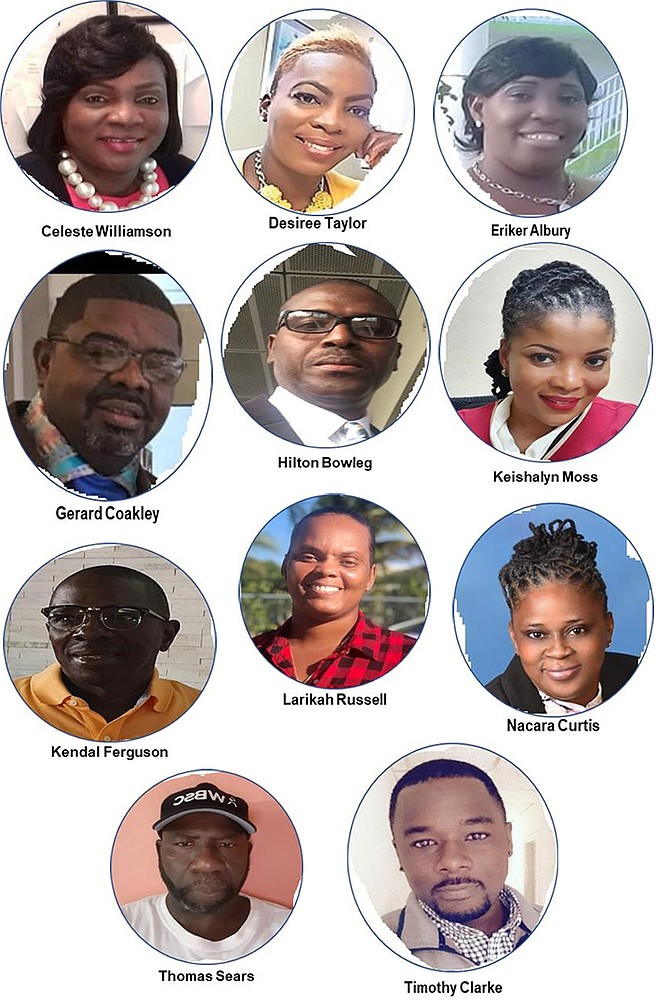 WHILE he waits for the election of officers next month, umpire in chief Thomas Sears has assembled a team of candidates to join him in taking over the reigns of the Bahamas Softball Federation.

Ted Miller has already announced that he has no intentions of seeking another term in office when the elections are scheduled for March 26 at a time and venue yet to be released.

Sears, a retired engineer, is a former player, coach and manager in slow-pitch, modified and fast pitch softball and a past treasurer of the Bahamas Government Departmental Softball Association.

Joining Sears - if successful would be the president at-large - are the following candidates:

As a retired chief mechanical superintendent and estates officer, Ferguson has been involved as a player, coach and manager in fast pitch, modified and slow-pitch. He was also the chairman of the Exuma Sports Council and vice president of the Masters Softball.

An insurance underwriter, Coakley was a national team player. After playing and coaching in fast pitch, modified and slow-pitch, Taylor became a certified scorer and then president of the NPSA, a position she currently holds.

Currently a hotel hospitality manager, Bowleg was a player, coach and manager in fast pitch, modified and slow-pitch. He was also the president of the NPOTSA and was a member of both the BSF men’s national team and the Bahamas Baseball Association’s national team.

A certified teacher in the public sector, Curtis is also a player, coach and manager in the fast pitch, modified and slow-pitch. She also serves as a BSF coordinator for the junior national programme and is a BGDSA scorer.

The Eleuthera businessman is a player and umpire in fast pitch, modified and slow-pitch. A certified level four BSF umpire, Coakley is the umpire in chief for the Eleuthera Softball Association and an International Softball Federation Continental umpire.

• Eriker Albury, candidate for secretary with responsibility for communications.

A career secretary, Albury is a player, coach and a manager in fast pitch and served as the president of the Abaco Softball Association and a BSF assistant secretary.

• Timothy Clarke, candidate for assistant secretary with responsibility for promotions and public relations.

A photojournalist by profession, Clarke is a NPSA player, coach and manager in fast pitch, modified and slow-pitch.

• Keishalyn Moss, candidate for treasurer with responsibility for finance.

Accountant Moss played fast pitch an slow-pitch and served as a coach in the BGDSA. She is the NPSA treasurer.

• Larikah Russell, candidate for assistant treasurer with responsibility for talent development and events.

Versatile Russell is a tennis pro who also plays both fast pitch, slow-pitch softball. She has played on the national teams in softball and tennis.

Although it’s not an elected position, Sears said if successful, he would appoint Celeste Williamson as chaplin. She is a secretary in the public sector and has served as a manager, coach, player and scorer in fast pitch, modified and slow-pitch.

“This team is a dynamic group of individuals who want to see softball go to the next progressive level,” Sears said. “We are prepared to operate outside of the proverbial box to chart a sustainable course for the future of softball.

“Reformation is not an option but a necessity. We offer ourselves to serve. Our mission to take softball to that next level may not be easy but I have the utmost confidence in this team to get the job done.”

Sears said the team is all in it together to provide a bold, courageous, progressive, effective, cohesive and focused leadership for softball in this country.

He called it an awesome team.

In addition to the team proposed, if elected, Sears said they will also appoint an administrative team that will include directors of development, events, officials and competition, affiliations and statistics.

There will also be appointed an affiliation council, which will include the president or its representative of each affiliate.

Sears also revealed that the objectives of his new board, if elected, would be to provide operational transparency, re-branding of the BSF, constitutional reform, introduction of an affiliation policy, introduction of a national competition policy and establishment of a website.