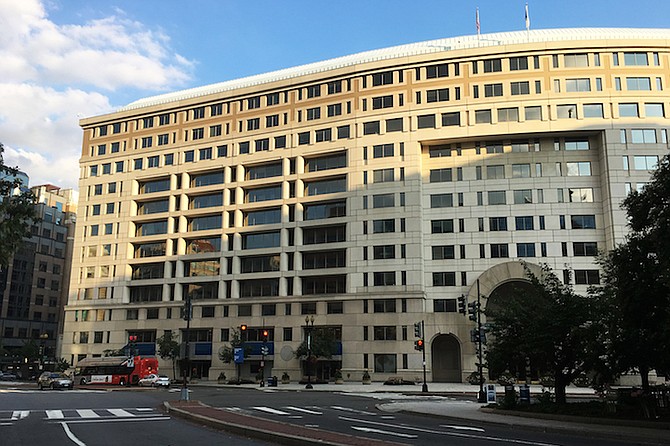 The Bahamas faces its biggest “development gaps” in the areas of education and environmental performance, an Inter-American Development Bank (IDB) report has confirmed.

The multilateral lender, in its just-released Caribbean Quarterly Bulletin, said a development gap analysis it had performed on The Bahamas revealed multiple deficiencies in sectors related to human capital, governance, infrastructure, utilities and business development.

The Bahamas, according to the IDB, fared especially poorly when it came to education and the environment with both returning scores of around -80 with -100 being the greatest “development gap” possible. Weaknesses in education outcomes, with a national ‘D-’ BGCSE grade average having persisted for decades, are especially well-known and remain a key source of economic and social concern.

Meanwhile, negative -50 “development gap” scores were also recorded by The Bahamas in the areas of “governance, business environment and social capital” and “economic complexity, innovation and diversification”. The scores for “small and medium-sized enterprises and financial inclusion”, and “telecommunications and digital adoption”, were around -40 and -30, respectively.

Smaller developments gaps were identified in the areas of energy, transportation, health and water, with The Bahamas achieving positive scores in tourism, gender gaps, sanitation, agribusiness, and financial institutions. However, the rankings provide an insight as to why The Bahamas may have struggled to reach an average of 2 percent annual GDP growth in every decade since the 1980s.

The IDB pegged the average annual GDP growth achieved by this nation in the 1990s at 1.7 percent, a level that many may consider as surprisingly low given that it featured a Bahamian tourism revival via Atlantis and other major resort developments. The average growth rates achieved for the 2000s and 2010s were pegged at 1 percent and 1.3 percent, respectively.

“Growth in The Bahamas has been modest during the last two decades, with annual real GDP growth averaging 1 percent in the decade of the 2000s and 1.3 percent in the 2010s,” the IDB bulletin said.

“A gap development analysis performed by the IDB indicates that given the country’s level of income per capita, there are deficiencies in several areas related to infrastructure such as telecommunications and digital adoption, energy, transport and water.

“Deficiencies also arise in other areas such as environmental performance, education, governance and the business environment, economic complexity, small and medium-sized enterprises (SMEs) and financial inclusion, and health.

“Closing the gap in infrastructure is essential as energy, telecommunications, transport, and water and sanitation are key enablers of the production of other goods and services and will also help narrow the gap in the remaining areas for development.”

Noting that Hurricane Dorian inflicted $206.6m worth of damage on Bahamian energy infrastructure, the IDB said outdated equipment as well as weather-related catastrophes were responsible for the frequent outages and electricity supply disruption that undermines productivity and economic efficiency.

“According to Compete Caribbean’s latest ProteqIN survey in 2021,83 percent of the surveyed companies in The Bahamas reported suffering from power interruptions. In a typical month they experienced on average 2.5 outages that lasted 2.7 hours. High electricity costs, and low reliability and service quality, negatively impact competitiveness of the productive sector,” the IDB said.

“Although the telecommunications infrastructure in The Bahamas is ample and reaches a large share of the population, compared to other Caribbean countries both mobile and fixed broadband access are more costly and average connection speeds are slower.

“Moreover, the sector’s exposure to natural disasters is double that of other Caribbean countries because it relies on electrical infrastructure as well as on its own infrastructure. The impact of Hurricane Dorian on telecommunications is estimated to have been US$97.6m.”

Turning to water, the IDB pronounced that the Water & Sewerage Corporation’s infrastructure was “deficient”, and service provision inefficient, even prior to Hurricane Dorian and the $53.8m in damages it inflicted in Abaco.

“The gap in transport is evidenced by the lack of good inter-island connectivity, especially with more remote islands. There are 53 licensed airports (28 government-owned and operated) and air connectivity is comprehensive but outdated, and inadequate infrastructure makes transportation inefficient,” the report added.

“Further efforts to close the development gap will have positive spillovers not only on all productive sectors, but also on the population’s well-being and quality of life. An uninterrupted and cheaper power supply will directly boost competitiveness and lower the economic burden on households. Access to clean water will prevent diseases. Efficient transport will save time in the movement of both people and goods.”