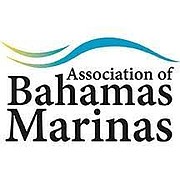 • Testing and weather windows must ‘align’ to work

The Association of Bahamas Marinas (ABM) president yesterday urged the Government to revert back to a five-day COVID testing window as moving to three days has “scared everybody to death”.

Peter Maury, who also runs Bay Street Marina, told Tribune Business that while the industry had generally enjoyed a decent Christmas-New Year period it had also been hit with “last-minute cancellations” due to a combination of the Omicron variant and The Bahamas’ release of new travel entry protocols.

While the Government subsequently adjusted those measures to allow fully vaccinated visitors to enter The Bahamas with a rapid antigen test rather than mandating the more expensive, and less readily available, RT-PCR test, he argued that the announcement’s timing “caused a lot of confusion” and deterred some boats from travelling during the peak festive season.

And, with Florida’s COVID testing demand outstripping capacity and test kit supply, Mr Maury voiced fears that vessel crews and guests will struggle to obtain results and be able to sail to The Bahamas within the required three-day window - especially if the weather is bad.

He warned that the country has just six weeks to “get this sorted out” before the marina industry ramps back up for the start of the peak Spring season in mid to late-February, adding that maintaining the three-day COVID testing window for all visitors could result in a less buoyant season than originally anticipated.

“I had to go out and tie-up a big boat,” Mr Maury told this newspaper. “I talked to the captain, and he said testing is a huge pain in the ass for them. He told me how bad it is. He told me how ridiculous it is what they have to go through. For us, going from five days to three days is a waste of time. It scared everybody to death. What’s the difference between three days and five days?

“The captain said that even to get a rapid antigen test takes one day [in Florida]. One half of the crew has to go in one day and get it, and then the other half of the crew the next. They have to file their paperwork and do their entry and visa online.... He’s already past his three days....

“The five days doesn’t stop the virus. Just do the health travel visa and let people come over. Going back to five days would give them at least a bit of room, but this three days is just too hard to get the test,” he continued.

“I hope this is over within the next six weeks. If we don’t get this sorted out in six weeks, we will not have such a great Spring. Rolling back the PCR test is good, but we at least need to roll back to five days. It’s too difficult to reach a test facility and everything else.”

A homeowner at a major Family Island condo and marina complex, speaking on condition of anonymity, yesterday backed Mr Maury by saying that The Bahamas’ three-day COVID testing window “doesn’t work” unless it aligns with a “weather window” that enables boats and yachts to journey across the Florida straits in time.

“We’re still trying to get a gauge on who has delayed versus cancelled,” they said, adding that they have suspended reservations until February 1 in the hope the market settles down. “We got some cancellations right off the bat.

“It seems that 10 percent are going to forget about The Bahamas this year, and the rest are waiting for The Bahamas to change its protocols again. Hopefully they will go back to something more reasonable than 72 hours. It’s just impossible to plan.”

The ABM president, though, will likely be further discomfited by Dr Michael Darville, minister of health and wellness, indicating before yesterday’s Cabinet meeting that further COVID-related restrictions are being contemplated to combat the surge in Omicron cases after more than 800 fresh infections were confirmed last Friday.

No details were given on what these restrictions might be, although the Davis administration has previously ruled out going back to blunt instruments such as lockdowns and curfews. A further 521 cases, including 422 on New Providence and 59 on Grand Bahama, were detected on Monday to bring the total number of active cases to 6,195.’

Hospitalisations are also continuing to rise, with some 118 COVID-positive patients now requiring tertiary care. However, of these, just six are in the intensive care unit. The numbers, though, again underscore just how difficult it is to balance lives and livelihoods, and the economy with public health.

Robert Sands, the Bahamas Hotel and Tourism Association’s (BHTA) president, previously gave the industry’s full support to the Government’s revised travel protocols including the three-day window in which visitors have to perform a test, get the results, upload them to the health travel visa website and obtain approval.

He added that the Ministry of Health and Wellness had justified keeping the three-day window on the basis that this would enable it to pick-up 50 percent more infected cases than with the five-day window. While this would still work for hotel-based vacationers, those in the boating/yachting world could be thrown off-schedule if bad weather delays their departure to The Bahamas.

The boating/yachting industry has been one of the niches that led The Bahamas’ tourism revival following 2020’s COVID-related lockdowns, and Mr Maury raised concerns that efforts to attract the this market’s high-spending clients could be stalled by the insistence on a three-day COVID testing window.

“A lot of people are complaining about how long they have to wait to get tested; three-four hours,” he said of conditions in Florida. “I know people have given up. Christmas and New Year went pretty well. We were busy and it was good, but it certainly wasn’t anything major because of Omicron.

“There was so much confusion, and the change in the protocols that came out right before the holidays and Christmas, collectively with Omicron we saw a lot of cancellations. I don’t think it [Christmas] was as good as last years and years in the past. It was just a very confusing time. We had boats cancelling and not coming, guests testing and deciding not to come.

“We had all sorts of challenges, and putting the new protocols out before Christmas caused a lot of confusion and some people just gave up. I had one boat owner say they were just going to wait because of the confusion. It’s easier. It was a pretty major obstacle right before Christmas. It wasn’t terrible but was not great. The season was not anything special, but not as bad as it could have been.”

The Government subsequently backed down on its requirement for a mandatory PCR test, although the three-day testing window it announced then remains in effect. “We need to get over this and move on,” Mr Maury told Tribune Business.

“I heard from quite a few marinas that they were getting cancellations last minute and stuff like that, but we were busy enough that it didn’t significantly impact the holidays. Hopefully this COVID version passes through and, if Spring does not bring us any new surprises, it may give us more business. We’ve got a month-and-a-half before we get busy again.

“It’s so damaging to business with all these protocols, and it kind of hurts. We’ve got to get past this...... Putting all these medical protocols in place is not helping us.”

At this point just get rid of the tests period. You catching with people that are bringing in a cold. Thats it. We are not dealing with a deadly virus (if we ever were). At some point it will hit tourism sector a huge percentage of the travelling public will have a 'cold'/covid while en route to The Bahamas. The risk of infection will be slight and consequence of infection will even slighter but does pose a threat to the health system or huge portion of the Bahamian public however the cost of cancellations and damage to the economy will...call covid what it is - a flu...all the other theatre around it is BS...its time...

It is becoming more obvious by the day that as long as all these restrictive measures remain in place potential visitors simply will not be bothered coming to our country. How many people want to go through all the hassles and time involved in getting health tests and the Visa. Would those designing the policies want to wait in long lines at health centres which even have the rapid antigen tests? There is a great shortage of these tests. Why the business community and the unions have been so silent on all these harsh measures is beyond my understanding. The whole country is in economic peril as a result of these ill thought measures.