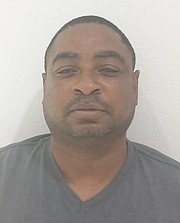 DONILLO ‘Donnie’ Culmer, filling in as the head coach in the absence of Yolett McPhee-McCuin, likes what he sees with the make-up of the women’s national basketball team.

The team, which will be managed by Anastacia Sands-Moultrie with Charlis Robbins as the director of basketball operations, Latoya Silver as the head of delegation and Sasha Johnson as the trainer, is scheduled to play in the tournament at the Ciudad Deportivo Coliseum against teams from Cuba, the Dominican Republic and Jamaica.

It’s still not certain the exact date that the team will travel, but Culmer said they are expected to be in Havana by Monday and will use the next few days to gear up to play Cuba in their first game on Wednesday, July 13.

Following that game, the Bahamas will face the Dominican Republic at 5pm on Thursday, July 14 and Jamaica at the same time on Friday, July 15. The playoffs will take place on Saturday and Sunday, July 16-17.

“We know that this is going to be a tough tournament and so we have to be ready,” Culmer said. “We feel we have a pretty good team that should be able to represent the Bahamas very well.

“We have some talented guards and that is going to be our strength. We feel if we can run the ball and wear down our opponents, our inside players will be able to do what they have to do. It’s not going to be easy, but we’re going to be ready.”

Culmer said he would have liked to have McPhee- McCuin return as the head coach, but after she made a commitment to work as an assistant for the men’s basketball team, he said he still confided in her for her expertise.

“I invited her to come in and she came and worked with the team. She was able to give us a few plays to work on,” he said. “Anytime you can get a great mind like coach Yolett to work with you, it’s a pleasure.

“I had the opportunity to work with her as an assistant when the women’s team won the CentroBasket Tournament in 2015 and although she won’t be able to be a part of this team, I was happy that she was able to give us some pointers before we leave on this trip.”

Culmer, who has also worked under and alongside veteran coach Anthony Swaby, said he welcomes any coach who wishes to come out and assist the programme because, at the end of the day, his only wish is that the Bahamas succeeds.

He noted, however, that it has been a struggle for the Bahamas Basketball Federation to fund the team and, at this stage, they’re still waiting on confirmation of exactly when they will travel.

The Bahamas will need to finish in the top three in order to advance to the next round of the championships, but Culmer said their goal is to go to Cuba and win the championship title.

“We feel we have a good team that can represent the country,” Culmer said. “We had some more veterans who tried out, but because

of the fact that some of them could only get time off, but not with pay, they opted not to travel because they feel the bills will still be there when they return home.

“We have to find a method in which we allow these players to play on the national team and still get compensated for the time they take off to represent the country. A lot of our best players can’t afford to travel and not get paid because of their financial commitments.”

Despite what they’re dealing with, Culmer said the team assembled will represent the Bahamas very well.

“We have some veterans on our team, but how much of the load they will carry will depend on what we face in Cuba,” he said. “That’s one of the reasons why we have added some of the younger players.

“So, it’s going to be tough, but I feel we will be ready for the challenge,” he added.