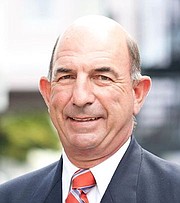 Bahamian businesses have warned it is “absolutely impossible” to absorb the contribution rate increases required to save the National Insurance Board (NIB), adding: “The can’s been kicked to pieces at this point.”

Agreeing that The Bahamas has delayed critical reforms to its social security system for too long, private sector executives spoken to by Tribune Business branded the proposed rescue plan as “brutal” with the likely contribution hikes “a death blow” if implemented now given that many companies are still struggling for survival following COVID-19 and the current cost of living crisis.

Ben Albury, the Bahamas Motor Dealers Association’s (BMDA) president, said increasing NIB’s combined contribution rate to 16.9 percent by 2029, and subsequently to 22.55 percent for long-term solvency, was simply “not feasible” given the current fragile economy and future drag this will impose on business costs, worker earnings and economic growth.

“I’d say it’s absolutely impossible and absolutely impractical,” he told this newspaper of the contribution rates recommended in NIB’s 11th actuarial report, tabled in the House of Assembly last week. “There’s no way. It’s not feasible. There are many businesses teeter tottering at the moment. That could be a death blow to a lot of them.

“I think there’s going to have to be some more creativity. I do understand the situation it’s in, and the urgency and the position we ultimately find ourselves in.” Advocating for NIB to explore ways to generate increased investment returns, so as to make for the shortfall created by benefit payouts exceeding contribution income, Mr Albury added that improving governance was critical to ensuring its $1.5bn reserve fund was managed correctly.

“The fund has been used and abused, and the can has been kicked to pieces at this point,” he told Tribune Business. “I understand that there’s something that has to happen, but maybe it can be done less drastically to soften the impact. Maybe manage the fund so that there’s greater returns on investment.

“I don’t think the taxpayer can be the one to keep footing the bill for decades of mishandling. I’d hate to be the one to try and resolve it but, at the end of the day, we’ve heard about this for a long time. It’s the proverbial can being kicked down the road. This is nothing new. It’s a challenge every administration has to deal with at some point. I think some hard decisions have to be made. There’s got to be some give and take across the board.”

Paying more to rescue NIB would gain greater acceptance from businesses and employees if there was assurance of improved governance, and that increased contribution income will be put to proper use, which Mr Albury said needs to be tied to a strategic plan with measurable targets and goals.

“I don’t have a problem with taxes as long as things are managed in the best interest of the public,” the BMDA chief said. “I think the average Bahamian will be happy to contribute as long as they know it’s being governed in the right way and there is a plan on the way forward, not that they’re going to continue to raid this and continue to abuse it.

“That is absolutely the key. We’re always the ones that have to pay, that’s the problem. People always get hung up on this, but nothing in life is free.” NIB’s present contribution rate is 9.8 percent, split 3.9 percent/5.9 percent between employee and employer, with the latter paying the majority of what is effectively a payroll tax.

The 11th actuarial report is recommending that this rate increases by 72.4 percent, in percentage terms, in the near-term to 16.9 percent by 2029 before more than doubling over the long-term. Any rate hikes, especially of such magnitude, besides increasing business costs will also cut into employee take-home pay and disposable income just when they are facing heightened inflation.

However, the Inter-American Development Bank (IDB) reported in 2018 that NIB contribution rates must more than double to over 20 percent to prevent a long-term Bahamian pension crisis. And the 11th actuarial report said: “The required contribution rate to pay all expenditures of all branches during the next 60 years is 22.55 percent.

“Higher unemployment benefits paid in 2020 due to the severe contraction of GDP because of the COVID-19 pandemic increases the required contribution rate to 23.05 percent from 2019 to 2023.” That rate, the NIB actuarial report said, fall back to the long-term 22.55 percent from 2024 onwards.

Peter Goudie, head of the Bahamas Chamber of Commerce and Employers Confederation’s (BCCE) labour division, told Tribune Business of the forecast contribution rate hike: “It’s going to be brutal for everybody.. It’s going to be a big pill to swallow, and we’re talking about high inflation so we’re going to get it from both sides.

“It’s going to be tough. If they talk about moving the minimum wage up too much, it’s going to come from all sides. That’s what I’m worried about. It’s going to affect the whole economy. If they keep pushing contribution rates up, people won’t have money to spend and the economy shrinks. It’s a tough one.

“They’re going to have to start communicating what they’re actually going to do, the Government, not just rely on the actuarial report. They’re just avoiding it, like it’s been avoided by governments for many years now. It’s going to come home to roost. We’re going to have to do something, but this is the first time I’ve heard those numbers.”

Asserting that “we’ve got to get honest”, Mr Goudie said it was vital that the Government urgently hold talks with all stakeholders - the private sector, trade unions, workers and civil society - on crafting a solution to address NIB’s short-term viability and long-term solvency.

“The implications for everybody is people are going to have to take a serious look at the cost of doing business and how they are going to reduce it,” he added. “We’ve got to maintain NIB. We have to find the money, and that may affect employment. That’s why I’m worried about the economy.

“This is a perfect example of government not making decisions and we end up in this kind of boat. This is what we’ve been saying for the last few months. We cannot kick the can down the road any more. It’s really bringing it home. We all have to face up to it.” Mr Goudie reiterated that The Bahamas cannot afford for NIB to fail due to the hundreds of thousands of Bahamians depending on it for retirement pensions, plus short-term sickness and other benefits.

While other reform options involve adjusting the pension accrual rate; raising the retirement age from 65 years to 67; and government funding of assistance benefits, the 11th actuarial report warned that a contribution rate hike cannot be escaped given that NIB’s $1.5bn reserve fund is projected to be exhausted in 2028, which is just six years away.

“The analysis and tests conducted.... show that the reform options considered cannot prevent an immediate increase of the contribution rate to avert the exhaustion of the reserve by 2028,” the study said. “It is worth noting that the sooner the increase in contribution rates takes place, the better it is for future generations.

“If the increase is accompanied by modifications in the investment policy to better reflect long-term objectives, this will also be beneficial for future generations.” The last two paragraphs, though, directly contradict the position taken by the Prime Minister who has publicly stated he will not impose a contribution rate increase at this time to give businesses and households more time to recover from COVID-19’s economic devastation.

Philip Davis QC has also said the Government is looking at alternative, as yet unspecified reform options, having described an NIB contribution rate increase as akin to raising taxes in terms of being a “lazy way” out to solve the country’s problems. However, in stark contrast, the actuarial report is warning that he has no choice and cannot afford to postpone the inevitable any longer.

Hardworking and successful businessmen did not squander our national insurance funds. You know full well that was done by the corrupt and incompetent leaders of successive governments who took it upon themselves to treat the NIB fund as their very own cookie jar.

The NIB debacle is jointly to blame on the Government who manages it as a SOE and the employers who duck & dodge paying their fair share. So, don't complain rich guys

The major problem is that successive Governments have used NIB as a piggy bank. NIB is invested in government buildings, Bahamas Development Bank etc.

The government should fund half the deficit and the public the remainder.

Any proposed solution would need to address two critical problems: (1) Corrupt politicians interfering in NIB's investment decision-making, and (2) the fact that at least 3 out of 5 of the persons employed by NIB are unproductive and unnecessary. Put another way, decades of corruption and bad investment decision-making, combined with extremely high administration costs, are responsible for government finding there are no longer many cookies in what wrongfully became one of its favourite cookie jars.

Invested in government buildings is a joke. NIB owns the Exuma mini hospital and that will never ever generate $1.00 of income for NIB. NIB probably has to pay their BPL bill.

Most Bahamians would be shocked to know how successive central bank governors and ministers of finance have gone about effectively forcing the NIB fund to acquire (for cash) an immense holding of debt instruments issued by the government, i.e., an extraordinarily significant concentration of Bahamas government debt.

Put another way, successive corrupt ministers of finance and central bank governors have facilitated the government borrowing national insurance funds to keep itself propped up without regard to the fiduciary nature of the funds paid into NIB by contributing employers and employees.

And now the IMF is telling Davis and his fellow cabinet members that it is very concerned about the government's ability to repay the huge amount it has borrowed from the national insurance fund. Notice though how the IMF says nothing to the U.S. government about its raiding of the U.S. social security system, which is once again on the verge of bankruptcy. Talk about corruption!!

Don’t worry of the US - still biggest economy of the world. They’ll manage, Bahamas have challenging times ahead!

"Most Bahamians would be shocked to know..." Yes, of course, because most Bahamians are simply uneducated ignorants who can't calculate 7% of anything. Most don't know what a percent is. They demonstrate their ignorance every 5 years when they vote for the same people who give them nothing and then another shipment of nothing and keep a full inventory of nothing. Why dey is ink dey fingah for nothing? Cause they ignorant and really can't afford a new t-shirt.

It is also just STUPID to increase NIB because a LARGE percentage of Bahamian workers DO NOT PAY NIB contributions - you know - dem set what come up from the south.

So, the the VAT reduction to 10% was really just a cost of living cut for Haitians then at the end of the day. I guess we know why Brave was speaking Creole. Uhm.

Everybody pays VAT. If we need money in the Treasury, increase VAT so the load is lighter with everyone lifting. And keep it ON the breadbasket cause that all dey is buy. Increase VAT to 11% and relax.