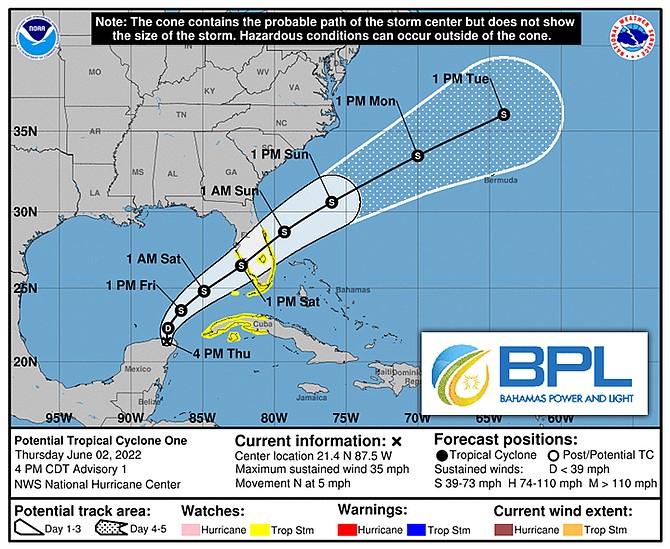 On Thursday, The Bahamas Department of Meteorology released the following statement on a weather system near the southeastern Gulf of Mexico:

“A low pressure system centred just north of Cozumel Mexico is moving northeastward. Despite strong upper-level winds, this system is likely to become a tropical depression or tropical storm while it moves slowly northeastward over the northwestern Caribbean Sea and southeastern Gulf of Mexico during the next day or two. Interests across the Northwest and Central Bahamas, along with South Florida and its Keys should continue to monitor the progress of this system. This system has a high chance of 80 percent for tropical cyclone formation through 5 days.