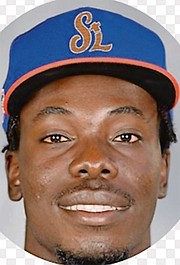 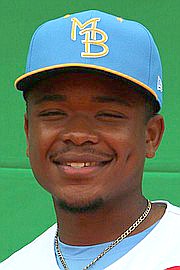 WARREN Saunders hit his first home run for the Brooklyn Cyclones while BJ Murray overcame a slow start to emerge as an offensive leader for the Myrtle Beach Pelicans in Single A Baseball.

Saunders extended his hit streak to three games and bring his batting average to .222. with the New York Mets affiliate High A affiliate.

The Cyclones are 22-26, fourth in the South Atlantic League North division.

In game two, he went 2-4 with a pair of doubles on April 28 and took that momentum into the series against Aberdeen when he had his multi-hit game. That run continued in May with his first three-hit game, when he went 3-4 and scored a triple with a run in a 3-2 loss to the Wilmington Blue Rooks.

In the preseason, Saunders received the call up to join the New York Mets for Spring Training in the Grapefruit League with a sharp line drive to left field for his first hit with the big league club.

Murray has had a stellar series for the Pelicans in their five-game set against the Delmarva Shorebirds. He hit .529 (9-17) with four multi-hit games as the Pelicans took a 3-2 series advantage.

He is also tied for fifth on the team with three home runs and third with 24 RBI.

He previously earned Player of the Game honours when he finished 2-3 with a home run, double, an RBI and three runs scored in the Pelicans’ 9-1 win over the Columbia Fireflies, April 30 at TicketReturn. com Field in Myrtle Beach, South Carolina.

Murray was selected by the Cubs with the 22nd pick in the 15th round, no. 454 overall in the 2021 MLB Draft and spent his first season in the Arizona Complex League.