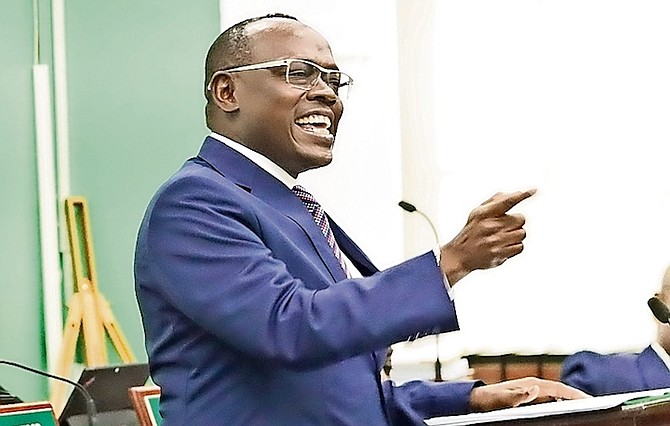 The Bahamas is aiming to “double” stopover visitor numbers within the next three years as it bids to reverse its “shrinking” share of the Caribbean visitor market, the deputy prime minister revealed yesterday.

Chester Cooper, in his contribution to the 2022-2023 Budget debate in the House of Assembly, said this nation’s share of total Caribbean stopovers had fallen by 62 percent in percentage terms over the 23-year period to 2018 as its regional rivals invested heavily in expanding their tourism plant.

“We’re going to focus on doubling the number of stopover visitors to The Bahamas in three years,” he told fellow MPs. “It sounds aggressive but, simply put, they spend more [than other tourists]. To do this, we need more airports, we need more flights, and we need more rooms.

“We get less of the market share in Caribbean tourism than we did 20 years ago. Compared to our counterparts in the Caribbean, we are losing ground. In 1995 we had over 13 percent of Caribbean arrivals, but only five percent in 2018. In this regard, we have become somewhat of a victim of our own success in that regional competitors have made huge investments in tourism after seeing our growth.

“We plan to reverse the trend of shrinking Caribbean market share in the next five years.” Mr Cooper did not indicate whether he is using the record 1.8m stopover visitors this nation attracted pre-COVID in 2019, or the 886,610 land-based arrivals from 2021, as the benchmark for “doubling” this number.

To reverse The Bahamas’ declining market share, he said the country will promote event and entertainment-based attractions through enhanced marketing, together with a focus on authentic and multi-island experiences. But, while pledging “to increase The Bahamas’ visibility and ability to capture the attention of new and past visitors”, the strategy unveiled by Mr Cooper did not detail specifics.

However, he acknowledged the clear need for The Bahamas to consistently achieve higher economic growth rates of 5 percent or more per annum if this nation is to escape its post-COVID fiscal crisis and provide jobs for an expanding workforce that swells annually when several thousand school leavers join its ranks every June.

Turning to the revival of downtown Nassau, something that has been awaited for more than three decades, he added that “the status quo” simply cannot remain and, while investment incentives will be offered to property owners and businesses in the area, “there will be consequences” for those that fail to live up to their obligations or fail to fix their rundown properties.

The first such dilapidated building has already been torn down on Cumberland Street, and there are “three more demolitions in sight”. Mr Cooper continued: “We’re working with the Attorney General’s Office and the Ministry of Works on legislation to manage the city. One thing is certain: The status quo will not remain. There will be incentives, but there will be consequences. We ask you for credible investment downtown.”

The deputy prime minister added that Bahamasair, the national flag carrier, has consumed some $150m in taxpayer subsidies to keep it in the air over the past five years. Noting that it will begin service from Charlotte, North Carolina, to Nassau and Freeport on November 10, Mr Cooper said the Government would employ the airline as part of the tourism product to open new routes/markets and bring visitors here.

“We are using Bahamasair strategically,” he explained. “Over the last five years we have provided subventions to Bahamasair in the region of $150m, and we must fix this. In the interim, we are going to change the way that we look at this. We’re going to look at it as an investment in tourism.

Alluding to the inflation challenges facing The Bahamas and the world economy, Mr Cooper said: “If there is one thing that keeps me up at night it is the increasing prices as being experienced in the rest of the world. The supply chain issues brought on by COVID and the challenges being wrought by the war in Ukraine continue to present this challenge.

“With inflation and fuel costs rising, travel has become more expensive, but so far it hasn’t proven to be a great detractor when stacked up against still pent up demand.”