Gangland wars and taking it to courts 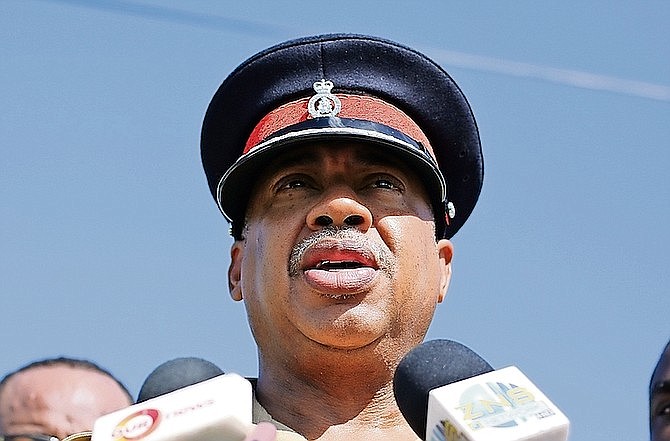 In April, Attorney General Ryan Pinder said he has been asked by the Prime Minister to look at regional gang legislation to determine if a stand alone new law should be enacted or if changes should be made to the Penal Code.

Asked for his recommendation to fight gang activity, Mr Fernander said that it was in progress.

“The Attorney General has already spoken and all of the stakeholders are scheduled to meet to put our recommendation forward,” he told reporters yesterday.

When asked about the effectiveness of the current legislation to deal with the issue, he said: “We had put a few individuals to court under the gang act before, but the matter was pretty much stand down because it was not legislated through with the laws. So, that was the first one we had tried, but the laws were not enacted then, so now we are trying to build some cases to do a test.

“And we’re looking at training even from the magistrate and even from the prosecutors in terms of presenting a proper case when gang wars are out there.”

As for whether any other attempts were made after the case he referred to failed, Mr Fernander noted: “No, nothing was done. I think it’s there now on the books so we are now trying to move forward to do just that. From then to now, we were building some cases. It’s not as easy to compile in evidence. So, as we go out there get some evidence, go back and continue, and we’re working with our legal department as well who are viewing files... to build to have a proper case to be presented before the court.”

On November 11, 2015, five men who denied being members of a gang were charged in Magistrate’s Court and faced up to 20 years in prison if convicted of the criminal offence.

However, the amended 2014 act was not officially gazetted until November 12, 2015, according to an Office of the Attorney General and Ministry of Legal Affairs document obtained by The Tribune in 2016.

Prosecutors later dropped the charges against the men after Justice Bernard Turner, on December 10, 2015, revealed that nothing had been placed before the courts as to when the law change was to come into force. He called this a “fatal flaw”. He made the revelation when he decided to free one of the men.

Meanwhile, the Acting Commissioner expressed his support for National Security Minister Wayne Munroe after he spoke on the issue of people on bail being killed.

Mr Munroe said there is always concern when people on bail are victims of murder.

Mr Fernander noted the efforts made to help those on bail.

“We’ve tried to keep those individuals alive because sometimes we have the intel on them and when we bring them in speak to them they’re being monitored and sometime they’re supposed to report into the station so that we could have a grip on them and to know where they’re at at all times,” he said

“We find out that sometimes they breach their bail, we arrest them, put them back before the courts for the breach with a view of getting them remanded and they (are) still out there on bail.”

How much vacation does Mr Fernander have?

So if someone commits a crime, but they are a gang member then it's harder to prosecute them?
This news should increase gang membership since nobody wants to be prosecuted.
Joined a gang? No court date for you.