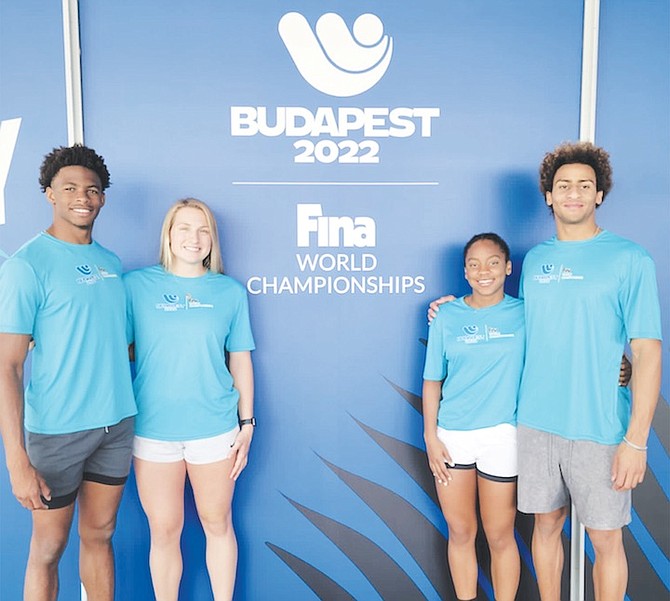 Zaylie-Elizabeth Thompson has been the top finisher of the four-member team thus far at the Duna Arena in Budapest.

Thompson finished no.30 overall in the women’s 200 Individual Medley with her time of 2:30.15 seconds.

Izaak Bastian, the veteran member of the team, competed in both the 50 and 100 Breaststroke.

Lilly Higgs finished no.41 overall in the100 Breaststroke in 1:13.13. Lamar Taylor has yet to compete and will swim both the 50 and 100 Freestyle. Higgs will compete in the 50 Breast while Thompson will swim in the 100 Freestyle.

Bastian, the 2020 Tokyo Olympian, is competing in the event for the second time following his participation in the 18th edition in Gwangju, South Korea, in 2019.

Both Bastian and Taylor previously competed in Budapest at the FINA World Junior Championships in 2019.

Last year, Higgs, Taylor and Bastian were in competition on the international FINA championship level at the 2021 World Short Course Championships in Dubai, United Arab Emirates.

Thompson is making her senior national team debut. She last represented The Bahamas in April at the 2022 CARIFTA Games.