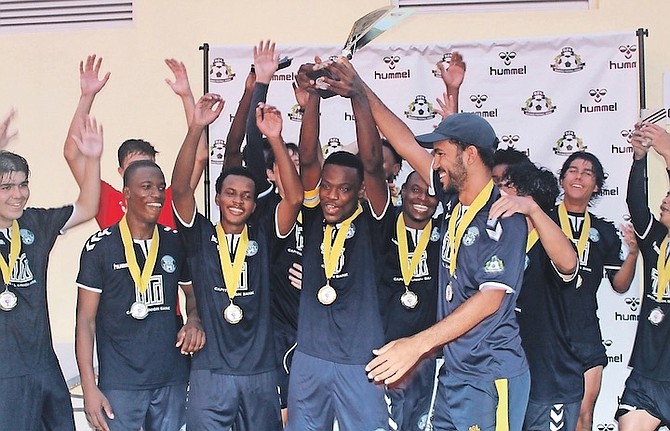 WHILE the weather did not cooperate over the weekend at the Roscoe Davies Soccer Complex, this did not dampen the spirit of the competitors in the men's and women's divisions of the Hummel Cup Soccer Tournament.

The event was hosted by the Bahamas Football Association.

In the end, the United WFC prevailed over the Dynamos WFC 3-0 to win the Women’s Division and in the Men’s Division, the Renegades FC stood victorious over the Seventeen FC in penalty kicks 4-2.

The third place medals in the Women’s division were captured by Cavalier WFC over the Western Warriors WFC and in the Men’s Division, United FC defeated the Warriors Men’s team 3-1.