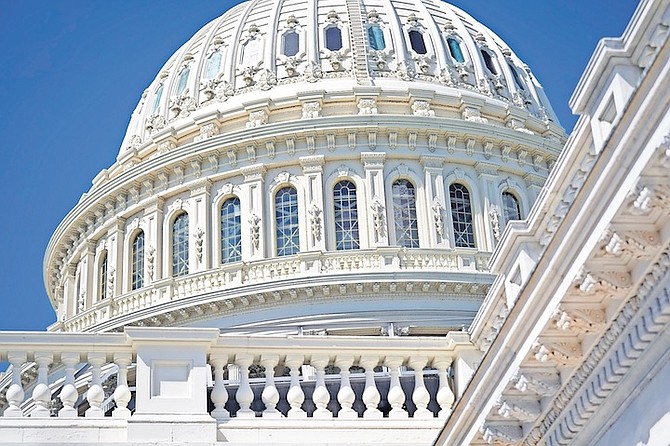 THE US Capitol Building.

American voters have about six weeks to wait before the next Congressional elections. Pundits, operatives and commentators from across the political spectrum are all weighing in on what they think is going to happen. It all makes for interesting speculation and if you basically see politics as theatre, it’s almost as much fun to read and listen to all this pontification as it is to follow your favourite NFL team. Politics also has winners and losers and endless speculation, just like football.

For most of the past two years, the conventional wisdom has been the Democrats were heading for a drubbing this year. This probably all started with the fact that, as one pundit wrote, “twice-impeached, corrupt, selfish, seditious, antidemocratic, mendacious and just all-around villainous Donald Trump” managed to garner over 74 million votes in the 2020 presidential election. He even won 43 percent of the electoral college delegates – the same electoral college whose final ratification of the election results a mob incited by Trump tried to disrupt by staging the worst armed assault on the US capitol in 200 years. 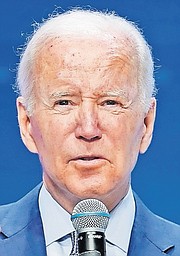 If 74 million people were willing to support Trump after experiencing his peculiar brand of governing for four years, why wouldn’t they continue to support him in opposition, where he could snipe at his successor with impunity? It’s a question that has overshadowed the entire political process for the past two years.

Furthermore, recent newly elected Democratic - and Republican - Presidents have suffered dramatic losses at the ballot box in each of the congressional mid-term elections following their elections. Bill Clinton in 1994 and Barack Obama in 2010 both got clobbered by Republican House Speaker Newt Gingrich and the GOP-affiliated Tea Party respectively in those elections. George HW Bush, his son George W and Trump himself also all got punished on election day at a similar point in their administrations.

Just over a month from now is the next time a newly-elected Democrat faces a similar test. US President Joe Biden has stumbled out of the gate, first following bad advice and trying to re-heat a stale immigration policy left over from the Obama years and then impulsively disengaging the military American involvement in Afghanistan almost literally over a weekend, stranding many loyal local supporters there. Biden’s approval ratings at the polls sagged, dropping into the 30s before a recent pallid comeback.

Furthermore, Republicans achieved a less than anticipated but still probably significant win as state legislatures all over the country succeeded in marginally improving GOP chances in congressional races by redistricting and jerrymandering electoral districts.

According to the conventional wisdom, the Democrats were in finger-in-the-dike mode looking to the upcoming elections, trying to merely stem the red tide and limit the damage voters seemed certain to inflict on their current majorities in both the House and the Senate. 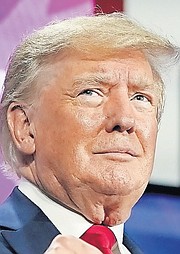 Things appear to be different now. Consider Liz Cheney, daughter of the GOP Vice-President from 2001-2009 and until 2021 the third-ranking Republican member of Congress. Speaking at an event in the deep blue stronghold of Austin, Texas, she said she would do whatever she could do to ensure Trump “never gets close to the presidency again”. Asked if that meant she would campaign for Democrats against Trump and acolytes like Arizona Senate candidate Kari Lake, Cheney said “yes”.

Cheney doesn’t just speak for herself. The Bush family, Utah senator and 2012 GOP presidential candidate Mitt Romney and other so-called “traditional” Republican politicians and donors have been harshly critical of Trump and his allies.

Similarly inclined is a group of mostly second-tier Republicans who have formed a political action committee called The Lincoln Project. This group created and ran on TV several ads attacking Trump during the 2020 campaign and eventually endorsed Biden. One of their ads called Trump a fraud and a draft dodger for evading the military draft during the Vietnam War. They freely quoted former Defence Secretary Jim Mattis saying Trump was “unfit for the presidency”.

Some Republicans are clearly done with Trump and Trumpism. How will they vote in November when so many Republican Senate candidates were chosen in primary elections dominated by Trump endorsements? And what do we make of some of those candidates? Here’s a quick look at a few of those whose races are rated as most competitive.

Pennsylvania. This Senate seat, now held by retiring Republican Pat Toomey, looked like a probable Democratic pick-up as long as 18 months ago. The Keystone State, which shocked everyone by voting for Trump in 2016, is dominated politically by its bookend metropolises in Philadelphia and Pittsburgh. Both are Democratic strongholds. In 2022, current Lieutenant Governor John Fetterman is running for the Dems.

Fetterman, despite having been sidelined for several months by a stroke earlier this year, is still favoured to win. As we have discussed here previously, this giant, rumpled man is an inherently skilled campaigner and politician. People connect with him. His opponent is a TV doctor who has not lived in Pennsylvania for very many years, has no prior useful or relevant experience and hasn’t so far proven to be especially effective as a campaigner. D Mehmet Oz, a Turkish-American, is buoyed mostly by Trump’s endorsement. It would be regarded by many as a major upset and surprise if Oz prevailed in November.

Wisconsin. The Republican incumbent here is a former plastics and polymer executive named Ron Johnson who was first elected to the Senate in the GOP tsunami victory wave of 2010. He has often acknowledged ties to the Tea Party. Johnson’s record in the Senate has been, for many Wisconsin voters, frankly embarrassing.

As chair of the Senate Homeland Security Committee, Johnson blithely oversaw multiple investigations into Trump’s political opponents, including Joe Biden. There was widespread speculation Johnson would reflexively act positively on any suggestion about a political investigation that originated in the Trump White House. These never proved anything. For example, in September 2020, after saying for months he was undertaking an investigation that would demonstrate Biden’s “unfitness for office”, Johnson quietly released a report that found no evidence whatsoever of any wrongdoing by Biden in relation to Ukraine. Johnson has firmly tied his politics to Trump.

Consider that Johnson has said there was nothing wrong when Trump asked China three years ago to start an investigation into Joe and Hunter Biden. Johnson voted against establishing the Jan 6 commission. In the wake of the January 6 riots and Johnson’s dismissive response to those riots, the Milwaukee Journal Sentinel called for Johnson to resign or be expelled from Congress. Johnson is running for a third term in the US Senate.

His opponent is 35-year-old Mandela Barnes, the incumbent Lieutenant Governor of Wisconsin. His parents were an auto worker and a school teacher. Barnes is black and unmarried. He was selected after the current governor, Tony Evers, surprised many by choosing not to oppose Johnson. Barnes doesn’t have a gaudy college degree and served in the state legislature for four years.

Wisconsin has never elected a black senator. But it has elected a truly dangerous demagogue – Joe McCarthy, whose bigotry, ignorance and ruthlessness sparked the infamous Communist witch hunt that plagued the US in the early 1950s and ruined many illustrious careers in various fields. The polls say this election, which is very closely watched, is hard to forecast.

Georgia. Two black men are facing each other. The Democratic incumbent, Rev. Raphael Warnock, has preached from the same Atlanta pulpit that launched the transformative career of Dr Martin Luther King.

He won an unexpired term two years ago and has made his presence felt in the Senate with some stirring oratory despite his lack of seniority.

His opponent is a legendarily great football halfback who is a neophyte politician. Hershel Walker is not well prepared to run for the Senate. But he got Trump’s endorsement, and that’s often decisive in the GOP these days.

Charlie Harper is a Socialist Democrat bootlicker. What an amazing feat of double talk and yoga Charlie. Please demonstrate in public your yoga pose. Which is also known as "head inside ass".

It is the economy stupid.