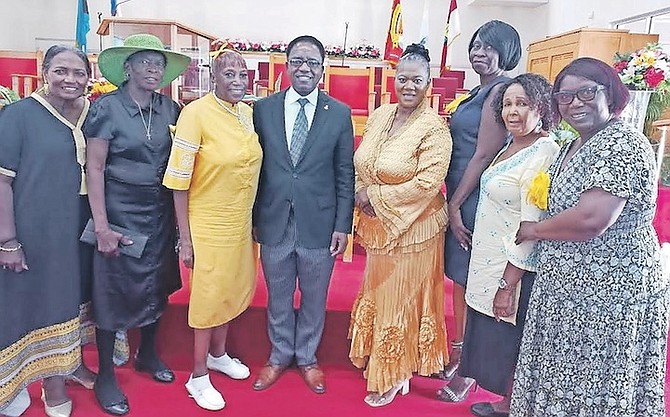 Breastfeeding is a subject often shied away from, overlooked, disregarded and even shunned. Somehow, having a healthy discussion about breastfeeding lands in a grey, taboo area. Even though there is a fundamental, primal intelligence and knowledge that this is the most natural and most significant way to feed a baby, many still seem uncomfortable with delving deeply into the topic. This behaviour came about over a period of time. The norm began to shift from breastfeeding to bottle feeding with the introduction of the industrial era and the diversification of the role of the woman in modern society.

The art of breastfeeding is something that should have evolved along with the changes in society. However, it became inconvenient and unpopular. This was a tragedy. We see the statistics and studies that show the decline in nutrition and rise in illnesses that came along with the advancement of society. While the fast food and microwave culture are partly to blame, we can look even further back to the first food source of a human being. 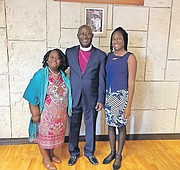 The very first choice made for the health and nutrition of the child can help set the course for the rest of their lives. Milk is the predominant source of food for any infant for at least the first year of their life. When infant formula is chosen, it is a decision to give the baby a chemically derived formula, safe for consumption, with a cow’s milk or soybean base. It is a powder to which water must be added. For best results, that formula must be measured, mixed at the right temperature for the baby, and will include some insoluble ingredients that will be passed out by the baby. When the mother decides to nourish the baby from her own body, she is continuing the natural process of infant nutrition from the umbilical cord to the breast. She is able to give the baby a formula that is of nature’s design. Without having to measure or sanitize any bottles, she is able to provide the baby with perfect nutrition. She can be confident that it is always at the right temperature.

The act of feeding the baby is also providing the emotional and intellectual support needed for wholesome nurturing. The breast milk even adjusts when a baby is ill to meet its needs and boost its immunity.

I am one of them. My son, Victorious is now a year old and still breastfeeds regularly throughout the day and night. For the first six months of his life, he was exclusively breastfed. He did not need any supplemental food or water during the time. This is according to the recommendations of the BNBA and the World Health Organization (WHO).

Winners receiving their prizes at the Baby Olympics at the Town Center Mall.

WHO recommends mothers to “exclusively breastfeed infants for the child’s first six months to achieve optimal growth, development and health”. Thereafter, they should be given “nutritious complementary foods and continue breastfeeding up to the age of two years or beyond”.

With that said, my daughter Victory, now three years of age, is no longer offered the breast, but she is not denied it when she asks for it every once in a while.

As a breastfeeding mother and advocate, I have had the opportunity to spread the message to my fellow Bahamians, and help mothers and fathers who choose to make breastfeeding a priority for their baby. I have also had the opportunity to hear the issues or complaints that have resulted in many a mother turning away from the natural gift that serves both her and the baby.

For example, mothers often say: “I couldn’t produce enough milk for the baby”. However, most of the time, those mothers actually did have enough milk. There are a few scenarios which are mistaken for lack of milk: the breast is producing colostrum; the breast appears deflated; or the baby is fussy and the lack of milk is blamed.

In the case of the new-born, before the breast ever produces milk, it will produce a golden-coloured sticky fluid known as colostrum. This colostrum is the first form of breastmilk that is released by the mammary glands after giving birth. According to clevelandclinic.com, it is nutrient-dense and high in antibodies and antioxidants to build a newborn baby’s immune system. It changes to breast milk within two to four days after your baby is born. Colostrum is thicker and more yellow than traditional breast milk. So mothers, be patient and know that the fluid is providing the baby with exactly what it needs. At birth, the baby’s stomach is no bigger than a toy marble.

For those who don’t have a robust milk production, know that as long as you continue to exclusively breastfeed the baby and drink lots of water, the milk will continue to supply the baby. Even when the breast seems deflated, continue to feed and you will feel the milk springing from the mammary glands.

Then there are the fussy babies - their mothers assume they need to supplement the baby’s feed for satiation. The breast milk is likely not the cause. Try colic aids, taking the baby for walks or a nice bath, and other soothing and comforting methods. What is important to note, is that many of the cases in which the decision is made to give the baby formula as opposed to breastfeeding could have been avoided with proper consultation from a lactation consultant.

Of course, there are situations in which breastfeeding is not possible or is difficult. For example, mothers who had to remain in hospital for an extended period of time or who may be facing certain medical conditions. More importantly, every parent can take the time to discuss these issues and options with their child’s paediatrician. The doctors, themselves, sometimes need schooling in this area, as medical school can negate to cover education on breastfeeding sufficiently. The BNBA wants to partner with more doctors and help to educate them on the “gold standard” for feeding infants.

During National Breastfeeding Week, members of the BNBA continue to push to normalise breastfeeding in the country and advocate for this fundamental right to nutrition for children. The 2022 theme is: “Step up for Breastfeeding: Educate and Support”. The BNBA has been in talks with Ms Sharon Martin and the National Tripartite Council, with efforts to look at the current legislation as it relates to breastfeeding, and make changes that would support breastfeeding mothers, especially as they return to work.

On Saturday, October 1, the BNBA took part in a Thanksgiving Church Service at Hillview Seventh- Day Adventist Church. On Sunday, October 2, the BNBA Baby Olympics was held at the Town Centre Mall. Exclusively breastfed babies participated in crawling, walking and running categories. Also on Sunday, the BNBA visited Friendship Tabernacle in Abaco. On Monday, October 10, activities will wrap up with an Umbrellathon at Pinewood Gardens Park beginning at 8am. For more information, contact BNBA President Nurse Trineka Hall at 806-8314, Nurse Ampusam Symonette at 421-4713 or Nurse Linelle Thompson at 565-0118.

Women who breastfeed may just be pedophiles and there is no way to tell if they are not. So all women must be banned from it. If we can save just one child from sexual abuse by their own mother, it would be worth it for a whole generation to suffer ill health and mental illness throughout their lives.

Breast feeding calls a great support system that our culture has ruled out. It is just too great an economic luxury to consider. After all breast-feeding have to sustained for at least 2 years. 95% females for economic purposes alone sure cannot be at home with an infant stuck to her who ears every three to four hours. Then before grace period is upon the mother she has to begin weaning down her breasts inorder to get back to work. So mother child in today's world only 5% or less could afford true mother child bonding past five months.