‘Major Pain’ to run for president 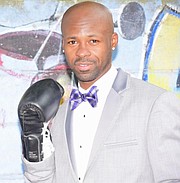 MEACHER ‘Major Pain’ Major, whose Major Boxing Club is preparing to stage the inaugural Frederick Sturrup Boxing Championships on September 24 at the National Boxing Gymnasium, has decided to put his name in the hat for the post of president of the Boxing Federation of the Bahamas.

Major, a resident of Buffalo, New York, is expected to challenge incumbent Vincent Strachan whenever the elections take place this year. No date has been set as yet for the elections, but Major said he just wants to let the pubic know that he wants to take over the reigns of the amateur boxing programme in the country. “I want to give the Almighty God thanks and praise for the people who have encouraged me to run for president,” said Major, one of the former prolific amateur and professional boxers in the country. “I feel now is the time to bring something new to the Bahamas as a tourism destination.

“A lot of the present coaches and even coaches from the past have been complaining about what is going on and with my experience as one of the first amateur boxers to come out of Ray Minus Jr’s Champion Boxing Club and one of the professionals to retire from the sport, I know all of the ins and outs of the sport.”

Major said he has been studying the new IABA rules and laws and is well versed on what’s going on in the sport, being exposed to a high level of competition in the United States, he is confident that he can bring a new, vibrant programme to the Bahamas.

“I feel our boxers could have a better chance when they compete at these international competitions and have an even smoother transition whenever they decide to turn pro like I did,” he said. “So I’m really looking forward to making a difference if I am successful.”

At the elections, Major said the delegates will not just be voting for him, but for the amateur boing programme in the Bahamas.

“We don’t really have a junior national boxing team and we hardly have a senior national team. A lot of the amateur boxers have quit because they didn’t see anywhere to go,” Major said.

“Only Carl Hield really stuck around and Rashield Williams has turned a pro fighter because of his frustration with the amateur programme.

“But I feel with my connections in the United States and with the coaches I have who are willing to come to the Bahamas with their teams to compete, I feel this will be a fresh new opportunity for our amateur boxers and the coaches.”

If elected, Major said he will make sure that the amateur boxers in the country will get the opportunity to go to the next level.

The inaugural Frederick Sturrup Boxing Championships is the first initiative that Major intends to put on as he looks ahead to the future for the sport.

He thanked the Ministry of Youth, Sports and Culture for allowing his Major Pain Boxing Club to put on the show.

The show is being spearheaded by Alpachino Allen, another former amateur/pro fighter, who is working along with Major.

In his absence from the Bahamas, Kato Ferguson, another former amateur/ pro fighter, runs the Major Pain Boxing Club.

Tyrone Oliver, one of the most exciting amateur boxers, is expected to be one of the top boxers to watch on the show. Major said they are still putting together all of the details for the show.

The show is expected to take place one day before the Bahamas Boxing Commission, headed by Sturrup, stages a boxing clinic in the Kemp Road community on September 23. “I want to thank all of the local coaches who are coming on board to work with Major Pain Boxing Club to put on this show,” Major said.

“It’s so good to see the young coaches like Kieshno Major, Valentino Knowles, Tureano ‘Reno’ Johnson, Kayla Johnson and those in Inagua, Grand Bahama, Eleuthera and Exuma all expected to compete,” Major said. “This is something that we haven’t had before. I know Ray Minus Jr used to put on a lot of in-house boxing shows because a lot of the local clubs didn’t want to band together.

“But hopefully we can do this to get boxing back to the level that it used to be and even further in the future.”

Whenever the elections for the federation takes place, Major said he will be putting all of his emphasis into making his campaign a successful one.

Because he has a number of ideas that will be implemented to bring more programmes throughout the country under one umbrella once again like it was when he competed under Champion Boxing Club with Major Jr.

The 40-year-old Major, who turned pro with a TKO over Juan Trevino on October 28, 2000 in Nassau, had his last official fight on October 27, 2018 with a knockout win over Martin Anderson in Nassau after he compiled a 24-6-1 win-loss-draw record. While he was still on the active trail, Major started his Major Pain Boxing Club in 2014 with Ferguson, catering mainly to the boxers coming out of the Kemp Road community where he was born and grew up.