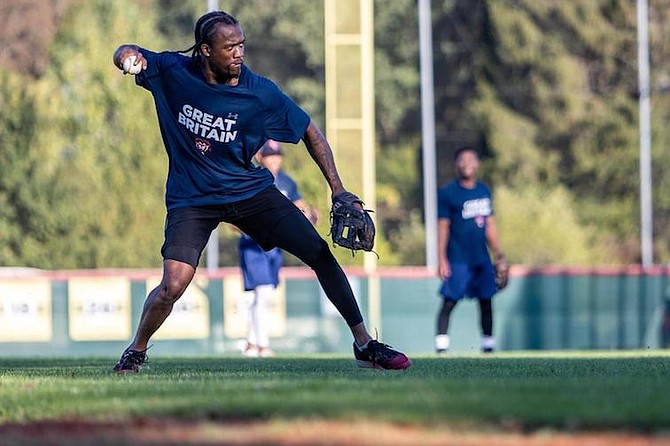 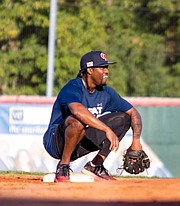 TEAM Great Britain, including members of the Bahamian contingent, has arrived in Regensburg, Germany and are currently in training camp as they prepare to chase 2023 World Baseball Classic qualification.

The team heads into the final day of camp today with their first matchup at 1pm Friday local time against France in the second half of a double header at Armin-Wolf-Arena.

The winner will advance to face the host country, Germany, Saturday at 1pm while the loser will be relegated in the double elimination tournament format.

All WBC qualifying games will be broadcast on MLB.com, at Worldbaseballclassic.com and on the World Baseball Classic’s Facebook and YouTube pages.

“I’m grateful to the amazing staff of volunteers (coaches, coordinators, athletic trainers and more) who have given so much to get us to this point. And I’m excited to see this team compete,” said Great Britain manager Drew Spencer.

“This team has already shown that they will represent us very well. Such a great group of young men.”

Seymour spent his season with Charleston Dirty Birds and the Long Island Ducks in the Atlantic League of Professional Baseball. Knowles, a prospect in the Los Angeles Angels organisation, began his season at the Low A level with the Inland Empire 66ers before he was promoted to High A with the Tri City Dust Devils.

Pittsburgh Pirates prospect Thomas has been a top reliever in the rotation for for the Altoona Curve at the Double A level, while Fernander (Detroit Tigers) has spent time between the Low A and High levels with the Eerie Seawolves and West Michigan Whitecaps.

Forbes was most recently a hitting coach for the Vermont Mountaineers of the New England Collegiate Baseball League.

Bahamian baseball players have been on the roster for Great Britain at the last two editions of the qualifiers. In the 2013 Qualifiers, Cartwright appeared with Antoan Richardson and helped Great Britain make their debut in the event with a 1-2 record in Regensburg, Germany. Their tournament highlight was a 12-5 win over the Czech Republic.

At the 2017 Qualifiers in Brooklyn, New York, Richardson and Cartwright were joined by Ali Knowles, Jazz Chisholm Jr, Kyle Simmons, Todd Isaacs Jr, Reshard Munroe, Byron Murray and Champ Stuart. That team finished just one game shy of WBC qualification when they suffered a 9-1 loss in the final.

Several of the Bahamas’ top minor league players were expected to compete for Team Great Britain before the 2021 edition of the Qualifiers were cancelled due to the COVID-19 pandemic.

Bahamian players are eligible to compete for Great Britain once their parents were born in the Bahamas while it was still a British colony, prior to Independence. Germany and Panama serve as the two respective sites of the qualifiers this fall.

Each location will host a six-team pool, with the top two teams from each qualifier advancing to the main event in March 2023.

Great Britain is currently ranked at no.23 in the WBSC rankings. They will play in Pool A alongside no.18 Germany, no.14 Czech Republic, no. 19 Spain, no. 22 France and no. 26 South Africa.