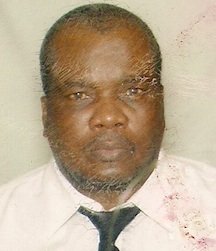 Funeral Service for Leonard Leomax Simmons age 66 years and a resident of #77 Malibu Reef, Freeport and formerly of Williams Town, Exuma will be held on Saturday 28th, December, 2013 at 11:00 a.m. at the Pro-Cathedral of Christ the King, East Atlantic Drive and Pioneer’s Way. Officiating will be Archdeacon Harry Bain assisted by Fr. Alvardo Adderley and Fr. Rudolph Cooper. Interment will follow in the Grand Bahama Memorial Park, Frobisher Drive.

Relatives and friends may pay their respects on Friday at the Grand Bahama Taxi Union Hall, Old Airport Road on Friday from 12:00 noon until 6:00 p.m. and at the church on Saturday from 9:30 a.m. until service time.