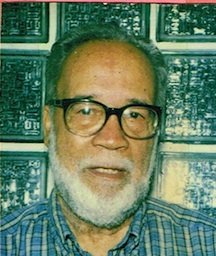 Funeral Service for the late Mr. Gerald Michael Major age 84 years old of Arundel Street and formerly of Berry’s, Long Island who died at the Princess Margaret Hospital on Friday, July 12th, 2013, will be held at 11:00am on Saturday, July 20th, 2013 at Rhodes Memorial Methodist Church(MCCA), Montrose Avenue. Officiating will be Rev. Dr. Livingstone Malcolm and Rev. Emily A. Demeritte. Cremation will follow.

Viewing will be held in the Serenity Suite at Restview Memorial Mortuary and Crematorium Ltd., Robinson and Soldier Roads on Friday from 10:00am to 6:00pm and at the church on Saturday from 9:30am until service time.