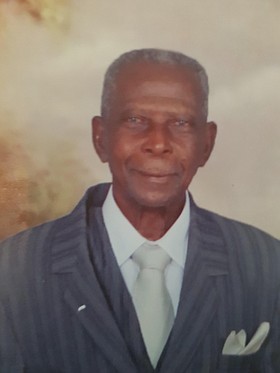 Funeral Service for Aaron Rolle age 80 of #44 Sunset Drive and formerly of Long Bay Cays, Andros who died on October 20, 2019 will be held on Friday November 1, 2019 at 10:00 am at Hillside Missionary Baptist Church, Independence Drive. Officiating will be Rev. Dr. Lockwood Deleveaux assisted by Other Ministers. Interment will follow in Lakeview Memorial Gardens, John F. Kennedy Drive.

Please accept our apologies for any names that we may have forgotten.  We thank you for your support and appreciate your prayers.

Viewing will be held in the Legacy Suite of Vaughn O. Jones Memorial Center, Mt. Royal Ave. and Talbot Street on Thursday from 12:00 noon to 5:00 pm and on Friday at the Church from 9:00 am to service time.