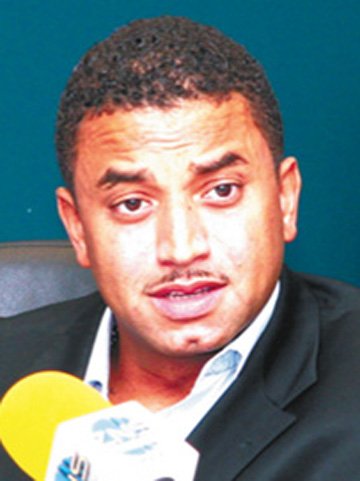 Bran: If govt can't protect citizens, it ought to quit

THE most fundamental responsibility of any government is the protection of its citizens, DNA leader Branville McCartney reminded the present administration.

BRANVILLE McCartney, DNA party leader, insists that the government’s new and strict immigration policy is completely misguided and simply will not work.

What happens if you turn down permits?

THE Minister of Foreign Affairs and Immigration stated on March 11, 2013 that it is the PLP’s plan to cease issuing work permits for maids, housekeepers and labourers within a year. The good Minister alluded to the fact that Cabinet will work in conjunction with the Department of Labour and the National Training Programme so that this “cease order” would be put into effect.

The Government’s plan to eliminate work permits for certain jobs categories within one year was yesterday branded as ‘unworkable’ by a former Immigration minister, who said that based on personal experience Bahamians were simply unwilling to do this work.

McCartney to speak at legal conference

Democratic National Alliance (DNA) leader Branville McCartney has been selected as one of two Bahamian attorneys to address an international meeting of lawyers and judges, when the National Bar Association (NBA) holds its mid-winter conference in Nassau this week.

Bran: court was not wrong

THE court “was not wrong” in issuing an order to “maintain the status quo” with respect to the operation of web-shops, as web-shops legally have a license to operate, DNA Leader Branville McCartney explained yesterday.

Bran hits out at the Christian Council over 'no' vote campaign

THERE are more “pressing” matters that should concern the Bahamas Christian Council than the January gambling referendum – such as incest, abuse, and violence– DNA Leader Branville McCartney said yesterday.

DNA leader Branville McCartney is the latest to question the “financial prudence” of the government hosting a Cabinet meeting in Abaco. By DANA SMITH

WITNESSES in a high-profile death threat case were no-shows for the trial yesterday when two men were accused of making threats against then Bamboo Town parliamentarian Branville McCartney.

No DNA candidate will stand in North Abaco by-election

DNA: Quit stalling and get on with it

THE DNA is calling on the new government to stop "stalling" and get crime under control.

DNA leader Branville McCartney has urged State Minister of National Security Keith Bell to investigate all claims of election corruption levelled since Bahamians went to the polls on May 7.

THE Democratic National Alliance announced plans to introduce shadow cabinet ministers and board chairmen yesterday as the party continues to solicit funding to further its political aspirations.

THE choice of the electorate left some supporters of the Democratic National Alliance frustrated and confused.

THE challenges facing the country are far too serious for Bahamians to simply do what they have always done come election day, DNA leader Branville McCartney said last night.

The DNA has taken exception to The Tribune’s Friday headline with a press statement issued yesterday morning.

THE Bahamian economy is suffering from "double dependency syndrome" according to DNA leader Branville McCartney.

DNA: We will work for all

DNA leader Branville McCartney said his party is committed to redefining the role of government if they are victorious at the polls.

Bran: You can trust my leadership

DURING a press conference at DNA headquarters yesterday, party leader Branville McCartney said Bahamians can trust his leadership to move the country forward.