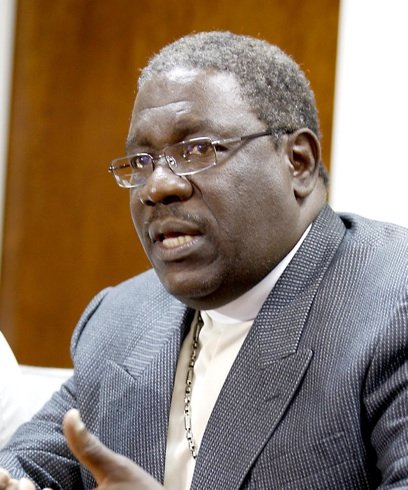 A PROMINENT pastor is renewing his call for the government to aid citizens who were “financially waylaid” when an insurance company collapsed.

POLICE officers should put the good of the country above their own interests and give full support to the new 12-hour work shift policy, a group of pastors said yesterday.

Activists are disappointed at level of crime

ANTI-Crime activists are critical of a “disappointing” first year of the new Christie administration, giving it low marks when it comes to meeting its commitments in reducing crime in the country.

A senior pastor yesterday called for Bahamian businesses and workers to be placed on “level ground” with their foreign counterparts, warning that failure to do so could create major social unrest.

Hall: Nottage not so noisy about crime now that he is in government

BISHOP Simeon Hall accused National Security Minister Dr Bernard Nottage of being vocal about crime while he was in opposition, but failing to deliver now that he is in office.

The City Markets staff pension plan overpaid some beneficiaries by a collective $757,668 between 2004-2010, although some $4.216 million was left available to pay benefits as at end-January 2012.

A leading pastor yesterday told Tribune Business he resigned from CLICO (Bahamas) creditors committee “as a form of protest”, adding that he was “disappointed but sympathetic” to the Government’s failure to-date to deliver its promised $30 million guarantee.

Police force 'at a crossroads'

THE controversial spate of deaths in police custody has brought the Royal Bahamas Police Force to “the crossroads” according to Bishop Simeon Hall.

MOST practising lesbians and gays are the products of dysfunctional families which are on the rise, claimed former Bahamas Christian Council President Bishop Simeon Hall yesterday.

OPINION: Vote your conscience - but make sure you vote

TODAY’S referendum is another official opportunity for all citizens of our Bahamas to deepen our democracy and help to correct an age-old vice and an out-of-control national pastime.

I DO NOT play the numbers, nor do I encourage others to do so...

FORMER Bahamas Christian Council president Bishop Simeon Hall has lashed out against those who criticise the lifestyle choices of homosexuals.

A member of CLICO (Bahamas) creditors committee yesterday said he was “very dismayed at the length of time” required to wind-up the insolvent insurer, and expressed hope that it would not take as long as the Gulf Union Bank and Banco Ambrosiano liquidations.

BISHOP Simeon Hall said he believes the government made the right decision in putting the gambling legalisation question to the Bahamian public.

SIMEON Hall yesterday said religious bodies in the Bahamas will only be successful in their anti-gaming campaign if they can persuade their own followers to stop gambling.

Bishop says some lawyers are comfortable with crime

THE crime situation will remain the same as long as those in power benefit from it, said Bishop Simeon Hall.

Political elite is a millionaires' club

Pastors call on drug dealers to stop their war against society