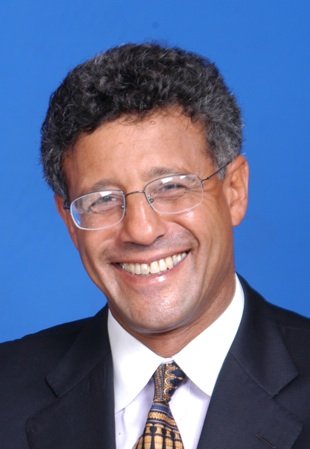 A well-known QC has called for new ownership and management at the Grand Bahama Port Authority (GBPA), arguing that this is a major reason for Freeport’s “listlessness”.

A well-known QC yesterday said “dozens of Freeport businesses” had contacted him about bringing a lawsuit against the Government and Grand Bahama Port Authority (GBPA) over recent tax increases, adding that these were “decapitating” the city’s economy.

A well-known QC is studying whether Customs latest “intrusion” warrants a ‘class action lawsuit’ for breaching both the Hawksbill Creek Agreement and the constitutional rights of 3,500 Freeport businesses.

A well-known QC has called on the Grand Bahama Port Authority (GBPA) to again become the sole licensor of all Freeport-based businesses, following claims that a $5 million medical facility began operations in the city without proper regulation.

Earthcare gives support to Save the Bays group

environment group Save The Bays yesterday announced that a local group with 400 members and a history of grass-roots activism has joined its campaign.

A well-known QC has urged the Government to “take the next big step” by following through on commitments to a transparent planning process, warning that unregulated development threatened to cause “chaos” in the Bahamas.

The Bahamas Electricity Corporation (BEC) and the major oil companies were yesterday warned they may face legal action related to ongoing oil spills and environmental issues at Clifton Bay area, a well-known QC accusing them of maintaining “a fortress mentality”.

Customs’ “excesses” are still imposing a “stranglehold” on business in Freeport, a top QC warned yesterday, despite the Government’s revenue agency dropping previous demands and impositions.

The Government’s alleged failure to prevent “unauthorised development activities” at Clifton Bay by Peter Nygard and his attorney, Keod Smith, is to be challenged by Judicial Review.

THE COALITION to Protect Clifton Bay group has urged the Government to better regulate the conveyance of Crown Land.

A well-known QC yesterday said “a real tipping point” had been reached in protecting the Bahamian environment and local rights, after the Privy Council flatly refused to hear the Government’s appeal over the Wilson City power plant ruling.

A HUMAN rights attorney has told police he believes billionaire Louis Bacon “is not safe in Nassau,” claiming he was told Mr Bacon “would be taken care of.”

Companies to blame for oil leaks may face action

CASES might be brought against companies responsible for leaking oil into waters around the Clifton Pier area, lawyer and environmental activist Fred Smith said yesterday.

Into the Jaws of 'unregulated' work

The Government has been asked whether a new dock and other construction work at Jaws Beach had all the necessary permits and approvals, amid questions of whether this is a “further example of unauthorised and unregulated development of public land”.

PROMINENT human rights and environmental attorney Fred Smith, QC, claimed he was assaulted and his car was damaged during a visit to Jaws Beach yesterday.

The Bahamas Electricity Corporation (BEC) and four other industrial companies have been urged to “co-operate” in developing a plan that will enable them to “harmoniously co-exist” with other users of the Clifton Bay area.

Bahamas in 'critical and dire' need of Environmental Protection Act

THE Bahamas is in critical and dire need of an Environmental Protection Act. This legislation has been promised in the past by both the FNM and PLP governments.

The Government and private sector were yesterday urged to “emulate” Freeport’s bonded goods practices as a model for implementing Value-Added Tax (VAT) throughout the rest of the Bahamas, a well-known QC describing the city as a reform “pacesetter”.

Privy Council to Bahamians: Record land deals 'at once'

Bahamians were yesterday warned by the Privy Council to register their land deals with the Registrar General’s Department “at once”, after it gave the developers at the strife-torn Oceania Heights project something to smile about.

Disgruntled homeowners at the development that sparked a Canadian government warning were yesterday urged to stop “maligning the good investment name of the Bahamas” and devaluing their properties, with the developers’ attorney calling for a negotiated settlement to any alleged grievances.

A LEADING QC has urged the newly-elected Christie administration to "behave more civilly, and less brutally and aggressively", towards Freeport than its FNM predecessor, adding that the latest Supreme Court ruling upholding Grand Bahama Port Authority (GBPA) licensees' rights emphasised the need to treat the city with "respect".

THE owners of a well-known eco-resort have launched Judicial Review proceedings against a 16-room hotel and office project approved by the Ingraham administration for adjacent land on Exuma's Stocking Island, alleging that the National Economic Council (NEC) and Investments Board acted "ultra vires".

By NEIL HARTNELL Tribune Business Editor A leading QC has questioned the Government's sanity in allowing Customs to further attack Freeport's 'bonded goods' economy, arguing that their latest actions risked taking the Bahamas' second city back to the "wa