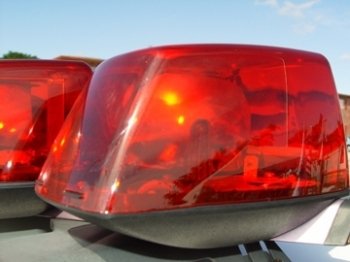 FREEPORT – Armed robbers have struck two web shops in one day here on Grand Bahama, robbing the establishments of an undetermined amount of cash.

A 17-year-old boy became the country’s latest murder victim when he was gunned down in broad daylight.

A 29-year-old man is in hospital today after being stabbed multiple times in an altercation with a group of high school students.

TWO teenagers are in police custody in connection with the armed robbery of a bus driver and his passengers last week.

One dead, one shot, one stabbed in violent weekend

IN three separate incidents of violence this weekend, one man is dead, another shot in his leg, and a third stabbed in his chest and fighting for his life in hospital.

Claim of body found in Abaco

CONCERNS have been raised that law enforcement officials are trying to conceal crime statistics, more specifically instances of murder, to give the impression that government is succeeding in its fight against crime.

POLICE shut down four clubs over the weekend for playing loud music.

A TRAUMATISED Blair Estates family held up at gun point and robbed at their home are calling for much -needed upgrades to police stations to help efficiently assist crime victims.

POLICE shot a suspect and arrested two others after a high speed chase in the capital early yesterday morning. The third police shooting in three days.

POLICE are requesting the public’s assistance in locating two men responsible for an armed robbery.

Man is stabbed to death at home

FREEPORT – A 50-year-old Eight Mile Rock man was stabbed to death at his home on Tuesday evening, pushing the island’s homicide count to 10.

A SECOND police shooting in two days has left a 23-year-old man in the hospital.

Similarities in pair of armed robberies

POLICE are investigating an early morning shooting incident that left one man and two teenagers in police custody.

A NIGHTCLUB was shut down over the weekend during a raid by police who were tipped off that the West Bay Street spot was a strip club.

TWO more armed robberies were recorded over the weekend - with two teenage boys arrested in connection with one of the attacks minutes after it took place.

FREEPORT – Grand Bahama Police are investigating a murder after a young man with multiple stab wounds died in hospital on Sunday evening.

FREEPORT – A man has been detained for questioning in connection with the discovery of a quantity of copper wire which is believed to have been stolen from a ZNS transmitter site.

A WOMAN allegedly stole more than $40,000 from a mausoleum where she worked.

A HIGH-SPEED police chase broke out yesterday after two Chinese nationals were robbed at gunpoint as they walked into Scotia Bank on Cable Beach.

POLICE are requesting the public’s assistance with investigations into a Coral Harbour shooting that left one man in hospital and two East Street armed robberies, both happening in the middle of the afternoon.

A MAN is in hospital and another in police custody following a high speed chase through the streets of western New Providence yesterday.

POLICE are still struggling to get a handle on the sudden spike in armed robberies across the island.

SIX senior inmates of the Simpson Penn Centre for Boys are still on the loose after a weekend breakout, it was revealed yesterday.

An Eight Mile Rock man wanted in connection with an armed robbery investigation was detained by police on Saturday.

POLICE are on the hunt for a man suspected of shooting and killing 30-year-old Ramon Thompson, alias ‘Mon’, late Wednesday night.

POLICE are on the hunt for those responsible for four separate armed robberies in the capital late Tuesday night and early Wednesday morning.

TWO men and a woman were detained in Freeport yesterday morning after officers discovered an unlicensed firearm and ammunition.

THE family of the country’s latest murder victim is blaming a delayed response from police and clinic officials for the death of 22-year-old Jeremy Ryan Webb, also known as “King Ryan”.

A 17-year-old Lazaretto Road boy was taken into custody after police confiscated a handgun.

A 30-year-old man is recovering in hospital after being shot in a business establishment on Wednesday night.

A 30-year-old man is recovering in hospital after being shot in a business establishment on Wednesday night.

THREE nightclubs were shut down this weekend for liquor licence violations.

A SUPREME Court jury heard that on the eve of Valentine’s Day last year, a man dumped by his girlfriend followed her in a borrowed car from church to a traffic light and stabbed her with a knife.

POLICE are investigating the events surrounding the discovery of a severely decomposed body in Abaco late Sunday evening.

A 17-year-old boy wanted in connection with a recent murder has been recaptured after escaping from the Princess Margaret Hospital last month.

A MAN found dead in Andros and another in Nassau were the fourth and fifth bodies discovered within the space of three days.

Police say they discovered a body in Abaco early this morning.

FREEPORT: Two men were murdered in the nation’s second city, pushing the country’s murder count to 74 for the year.

A 33-year-old woman of Cox Way is dead after being shot by a 22-year-old man who subsequently shot himself, according to police reports.

Teenager recovering after being stabbed by fellow pupil

A 10th grade RM Bailey Senior High School student is recovering in hospital after being stabbed several times by another 10th grader on the school’s campus.

THE brother of a murder victim is calling on police to release his loved one’s personal items.

FREEPORT - Police were yesterday searching for five men; four from Grand Bahama and one from Abaco; who they want to question in connection with a number of cases.

FREEPORT - One of the six wanted men was captured trying to flee the country, along with several illegal immigrants early Wednesday morning during an alleged boat smuggling operation.

Husband and wife charged over firearm

POLICE detained ten men for questioning in two separate operations over the weekend. The first, "Operation Zero", was held between the hours of 8pm on Friday and 4