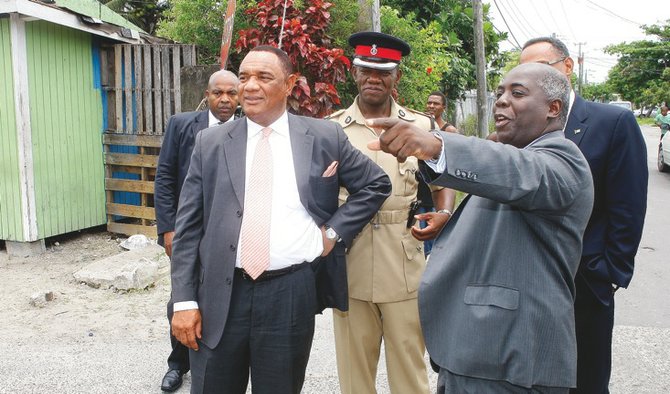 Deputy Prime Minister Philip ‘Brave’ Davis points to the area where he grew up during the Urban Renewal 2.0 launch earlier this week. Prime Minister Perry Christie and Superintendent Stephen Dean are also pictured looking on.

FREEPORT – Despite the recent controversy and editorial commentary, Prime Minister Perry Christie is standing by his appointment of Michelle Reckley to head the Urban Renewal programme on Grand Bahama.

FORMER FNM MP Algernon Allen has announced his support of the PLP's Urban Renewal 2.0 plan - "in the spirit of one Bahamas."