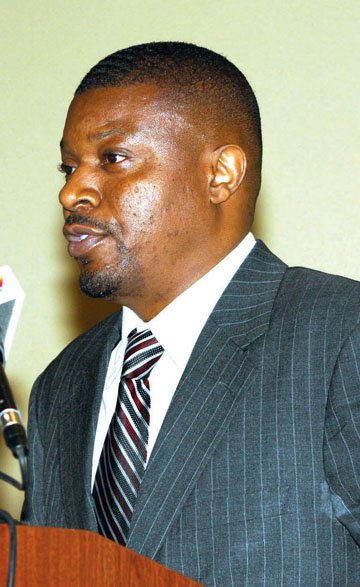 Laing: US budget cliff a burden to Caribbean

THE inability of American lawmakers to agree on budgetary measures threatens small Caribbean economies like the Bahamas, a former finance minister said.

The Free National Movement (FNM) had planned to implement a Value Added Tax (VAT) within “two to three years” if it had been re-elected in May 2012, a former Cabinet Minister yesterday saying it would “not have been fooling around with a gaming referendum”.

FNM Senator Zhivargo Laing has dismissed claims that the former administration was biased in its prosecution of National Insurance violators.

‘No way’ Ingraham would have run $550m deficit

A former FNM Cabinet minister yesterday said there was “no way” an Ingraham administration would have run up the current government’s projected $550 million deficit, telling Tribune Business that “sobriety” was needed to restore the Bahamas to fiscal balance.

A key Ministry of Finance adviser yesterday said he had asked government officials to probe whether there was “any merit” in complaints that the first-time buyer Stamp Duty exemption was being misinterpreted, agreeing that the situation might need to be clarified.

Laing hits back in war of words over temporary work

OPPOSITION Senator Zhivargo Laing has hit back at Foreign Affairs Fred Mitchell in the ongoing war of words over the former government’s temporary work programme.

'PLP fails to invest in Bahamians'

SHADOW Finance Minister Zhivargo Laing accused the government of leaving hundreds of Bahamians without hope as the Ingraham administration’s temporary work programme comes to an end.

A former state finance minister yesterday blasted as “utter rubbish” his predecessor’s assertion that the Bahamas Telecommunications Company’s (BTC) privatisation was “flawed”, and warned that “the big prize” - communications sector liberalisation - was now under threat.

Laing: Carry on with e-government

The time of Ingraham

I LIVED in the time of Ingraham.

EXPRESSING “alarm” over the Commissioner of Police’s claim of a falling crime rate, a former Cabinet Minister called for hard proof to be produced.

FNM Senator Zhivargo Laing yesterday urged the new PLP government to move forward with the country's business rather than use the House of Assembly as a forum to "bash" the previous Ingraham administration.