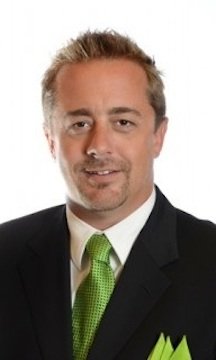 The Government was yesterday warned that it will hand "a death sentence to an economy already teetering on the edge" if it reimposes a full New Providence lockdown to curb COVID-19's spread.

Economy reopens 'in the nick of time'

A Bahamian auto dealer yesterday said his parts section sold "25 percent of what we normally do in an entire month" on the economy's first reopening day, which arrived "just in the nick of time". Ben Albury, Bahamas Bus and Truck's general manager,

A Bahamian businessman yesterday revealed he has reached "boiling point" over the "inequality" that is allowing some competitors to open amid the COVID-19 lockdown while he and others remain closed.

'Don't kill the fly with the sledgehammer'

Bahamian businessmen yesterday warned that the two-week national lockdown could be “more devastating than COVID-19 itself”, and urged: “Don’t use a sledgehammer to kill a fly.” Ben Albury, Bahamas Bus and Truck’s general manager, told Tribune Busine

Auto dealers say today’s full sector re-opening was increasingly becoming “a matter of life and death” with as much as “half the industry” in danger of folding had the Government not relaxed COVID-19 restrictions.Ben Albury, Bahamas Bus and Truck’s g

A Bahamian auto dealer is urging the government to “level the playing field” as he voiced concerns that competitors are being allowed to open in-store more frequently than his own business.Ben Albury, Bahamas Bus and Truck’s general manager, told Tri

A MEMBER of the Democratic National Alliance (DNA) yesterday called on the Christie administration to “fast-track” the issuance of gun licences to “upstanding citizens who have no criminal records” so that they will not be “left defenceless and at the mercy of violent criminals”.

A new car dealer yesterday told Tribune Business that his sales would “go up 30-40 per cent overnight” if the Government would revert back to the industry’s old tax structure, adding that until that happened: “We’ll all be in trouble.”

DNA MONTAGU candidate Ben Albury is asking the Prime Minister and Opposition Leader why they have "backtracked" on comments they made concerning oil.

Call for government to come clean on oil

AS THE expiration of Bahamas Petroleum Company's permits to drill for oil in the Bahamas draws near, the DNA is again calling on the government to come clean on the future of the deal.

DNA hopeful proving a challenge for FNM in Montagu

TRADITIONALLY a strong FNM seat, some observers feel the race for Montagu could be a little closer this election due to the popularity of the DNA's Ben Albury and the fact that governing party candidate Richard Lightbourne is new to front-line politics.

BEN Albury, the DNA's Montagu candidate, used martial arts yesterday to restrain a thief who tried to escape from a defence force officer. The man was caught trying to break into the Chinese Embassy on Village Road.