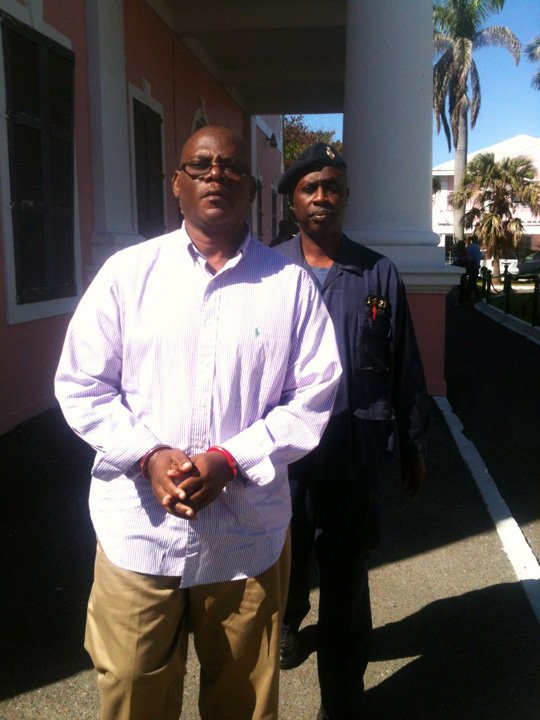 PRINCE Hepburn, a man described by his peers yesterday as “humble”, “honest”, and “Christian”, will learn his fate today when a Supreme Court jury deliberates on whether or not he is responsible for the slaying of his sweetheart, Nellie Brown-Cox.

'Suspect was irrational' at time of killing

A PSYCHOLOGIST claimed the depression Prince Hepburn experienced after learning his sweetheart was cheating on him caused a chemical imbalance in his brain that led him to attempt suicide and chop her to death.

PRINCE Hepburn, a contractor accused of killing his sweetheart, a well known charity worker, declined to answer questions when he was interviewed by police about her murder.

'This what cheaters get' message on bloody cutlass

THE bloody cutlass found next to Nellie Mae Brown-Cox’s naked and lifeless body with the inscriptions “this what cheaters get” and “you next George Sawyer” was shown in Supreme Court yesterday.

THE judge set to preside over the highly-anticipated trial of Prince Hepburn - accused of killing his lover, a well known charity worker - yesterday adjourned the trial because of another matter before her court.

Accused murderer Prince Hepburn just had his murder trial adjourned again at the request of his attorney Murrio Ducille.