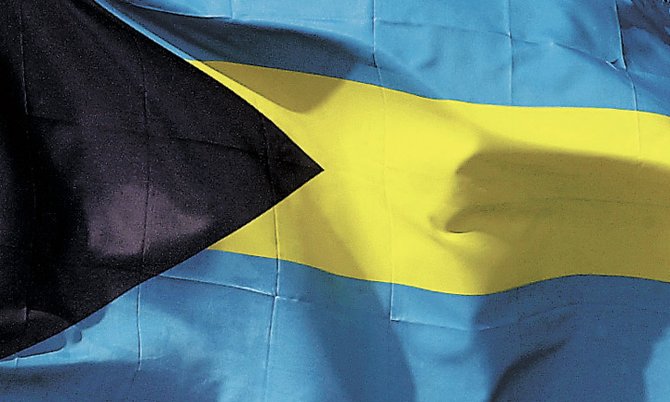 FOR the first time in the nation’s history, Bahamians will not gather en masse to celebrate the country’s independence due to the COVID-19 pandemic. Instead, the national independence celebrations committee is preparing a four-hour, made for televis

THE Bahamas ranks 60th in the world in preparedness for the COVID-19 pandemic, according to the United Nations Development Programme. The UNDP has explored countries’ readiness in terms of overall human development, inequality, doctors per 10,000 pe

CAC Games: Bahamas 9th in the standings with six medals

SWIMMERS and sailors continued the competition for Team Bahamas yesterday at the 23rd Central American and Caribbean Games in Barranquilla, Colombia.In the pool, Izaak Bastian finished seventh in the A Final of the 200m Breaststroke in 2:18.12 second

THE Bahamas Olympic Committee announced its largest team, comprising of 60 athletes - 21 coaches and three team officials in a contingent of 84 from nine disciplines - for the 23rd Central American and Caribbean Games in Barranquilla, Colombia.In joi

Your 2018 Independence Supplement is now online!

THE BIG QUESTION: Who deserves a national honour?

THE Advisory Committee for National Honours is calling for nominations of notable Bahamians to be considered for a national award.

And the national honour goes to . . .

THE Advisory Committee for National Honours is calling on the public to submit nominations of notable Bahamians to be considered for a national award.

THE Bahamas’ Gross Domestic Product increased 2.7 percent in 2017, while government consumption increased by 12 percent, according to new data released by the Department of Statistics Friday.

THE Bahamas can once again proudly claim the top junior swimming programme in the region. The 36-member team won back-to-back CARIFTA Swimming Championships and their fourth title in five years as the curtain closed on the competition at the Nationa

THE Bahamas ranks 54th out of 159 countries and territories included in the Economic Freedom of the World: 2017 Annual Report, released today by The Nassau Institute in conjunction with Canada’s Fraser Institute.

Country not a better place if PLP win, survey says

ALMOST 100 per cent of Bahamians surveyed in an online poll do not believe the country will be in a better place should the Progressive Liberal Party win the next election, according to data from advocacy group Bahamians Awake.

Celebrations begin in Florida for 41st anniversary of Independence

THE Bahamas Consulate Office in Florida, The National Association Of The Bahamas (NAB), and key people in South Florida’s Bahamian community have teamed up to organise month-long activities to celebrate the country’s 41st anniversary of independence.

'Bahamas can lead region over reparations'

REPRESENTATIVES from the African Diaspora and the House of Rastafari believe that the Bahamas government is in a unique position to lead the region as talks over reparations are set to begin today at the Ministry of Foreign Affairs.

Life expectancy drops in the Bahamas

BAHAMIAN life expectancy at birth is on the decline for the first time in history, PAHO officials revealed yesterday.

THE Bahamas has a “six month window” in which to stave off another credit rating downgrade through concrete fiscal reform actions, with Moody’s yesterday describing the Government’s planned $800 million correction as “enormous”.

THE United States Embassy in Nassau has reiterated its warning against increased criminal activity in the Bahamas for US citizens preparing to the travel to the islands this Christmas season.

TODAY, the Bureau of Woman’s Affairs is launching an exhibition showcasing Bahamian women who are in leading roles in various organisations.  The event comes ahead of National Women’s Week, set to begin on November 24 and end on the 29.

After two days of competition against the top teams throughout the region, the Bahamas finished in eighth place at the 2013 North American and Caribbean Rugby Association (NACRA) Sevens Championships.

Tonight Independence Day Celebrations begin at 7:30pm in Clifford Park before ending at midnight with a fireworks display, as the country's celebrates its 40th year as an independent country.