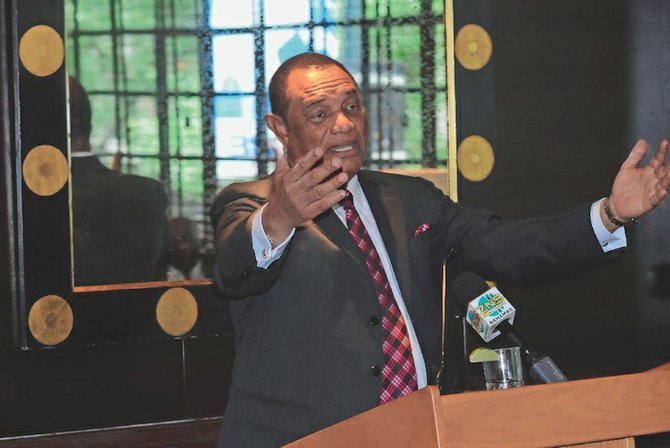 A NEW $3m Grand Bahama advertising campaign by the Ministry of Tourism will run with the start of expanded cruise services from South Florida to the island, Prime Minister Perry Christie announced in Freeport this week.

PRIME Minister Perry Christie said yesterday that while his government is willing to disclose details to the public about the 2011 sale of the Bahamas Telecommunications Company that took place under the former Ingraham administration, it must also consider its relationship with Cable and Wireless Communications, the company that took over BTC.

PM says gaming laws are a model for other nations

PRIME Minister Perry Christie yesterday touted the “integrity” of the government’s gaming legislation saying countries around the world have requested the documents with a view to modelling their systems after it.

PRIME Minister Perry Christie downplayed Fort Charlotte MP Dr Andre Rollins’ recent scathing criticism of him yesterday, pledging that he will not be distracted by the political aspirations or position of the younger parliamentarian.

PM defends trip to Vegas instead of voting on VAT

PRIME Minister Perry Christie said yesterday his presence was not needed to pass the controversial Value Added Tax Bill, therefore he made the “judgement call” to leave the country for business purposes.

Is there not such a thing as "absentee voting" in the Bahamas? Just curious.

Then why continue vote to prop up the government?