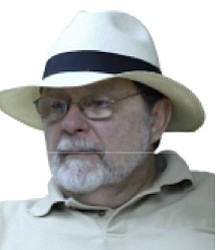 TOUGH CALL: The rise of hate and the debate on removing statues

THE deadly weekend violence in Virginia sparked by a white nationalist rally in support of a Confederate memorial is alarming for more reasons than one.

TOUGH CALL: The history of race and politics in The Bahamas

A FEW years ago, my company — Media Enterprises — published a new edition of Race and Politics in The Bahamas, under licence from the author and the University of Queensland in Australia. Originally published in 1981 and long out of print, Race and

THE level of irrational and deceptive discourse from our political leaders can sometimes be stupefying.

TOUGH CALL: Why pay for advice if you never act upon it?

THERE has been a flurry of discussion lately over the $400,000 annual contract given to Ian Poitier by the former government.

TOUGH CALL: FNM can use public anger at PLP to leverage real reform

IN 2003, I worked at The Nassau Guardian. I clearly recall the extended political honeymoon given to Perry Christie’s new government. Why, even young Michael Halkitis at the Finance Ministry called to offer friendly access. The “Fresh Wind” that ble

TOUGH CALL: The PLP is being held back by the same old guard

AFTER thanking Perry Christie, the Progressive Liberal Party and his erstwhile constituents in Fort Charlotte for their support, Alfred Sears attempted to define “the way forward” for his party and the country.

TOUGH CALL: What to do about ZNS - again?

Another election, another pledge from an incoming administration to transform the fortunes and purpose of ZNS. What, if anything, has changed in five years since this column, reprinted from May 30, 2012?

SOME may recall a parody celebration called Festivus from the 1990s American sitcom, Seinfeld. It included a feast, feats of strength, and the labelling of ordinary events as miracles.

Faced by another toxic fire at the Harrold Road dump as a general election nears, the government has swung into action with an express ‘request for proposals’ (RFP) to fix the problem.

TOUGH CALL: A time for change as May 10 looms large

NOW that the political battle lines for the upcoming general election are as clear as they will ever get - and the election has been set for May 10 - we can take a look at the prospects.

A recent spate of animal stories has unexpectedly highlighted the bad governance issues that are harming our country.

TOUGH CALL: Another dump fire, another crisis - and nothing is ever done

A stunning photo appeared on Facebook over the weekend. Taken from the stern of a small boat speeding away from New Providence, it showed the island entirely shrouded in toxic smoke from the exploding dump.

‘Kill the Bill’ has become a rallying cry for privacy advocates in the Bahamas ever since the government - without prior notice - tabled a draconian new surveillance law called the Interception of Communications Bill.

TOUGH CALL: Trust and bias in a changing media landscape

IN THE wake of Donald Trump’s rise to the American presidency, fake news has become a trending topic and media bias is the hot issue of the day.

AS we head into the second month of 2017, the political battle lines for the upcoming general election are becoming clearer.

TOUGH CALL: Why Bahamian beaches are safe from the excavators

EVERY now and then we work ourselves into a frenzy based largely on hearsay and conspiracy theories. Eventually the controversy du jour settles down and is forgotten - until the next time.

According to the latest report from the International Energy Agency, which tracks these things, renewables and natural gas (much cleaner than other fossil fuels) are leading in the race to meet energy demand growth.

TOUGH CALL: A Bahamian in search of Fidel

With the death of Fidel Castro at the weekend, Larry Smith recalls a visit to Cuba six years ago . . .

TOUGH CALL: Why Trump won and what it could mean for The Bahamas

One thing is for certain - there has been no shortage of analysis from every quarter on why Donald Trump won the US presidential election.

TOUGH CALL: What the Chinese fishing proposal means for The Bahamas

A firestorm erupted last week over leaked reports that the Christie administration was in talks to hand over farming and fishing rights to the Chinese.

TOUGH CALL: After the storm is over

SOON after Hurricane Joaquin smashed into the southern islands a year ago, newspaper reports cited “critical weaknesses” in the national emergency management system, which “should worry us all”.

TOUGH CALL: Putting politics aside is essential in a time of crisis

Why it that in this time of turmoil, inequality, political dysfunction and apparent decline, a few countries are nonetheless thriving?

American presidential candidate Hillary Clinton had to apologise recently for calling some of her opponent’s supporters “deplorable”, meaning they are racist, sexist, homophobic or xenophobic.

If you visit the Stronger Bahamas Facebook page, a recent post proclaims our intention to cut greenhouse emissions by 30 per cent within 15 years and insists that the government is “delivering” on its promises.

TOUGH CALL: Bank reveals extent of crime in The Bahamas

THE Inter-American Development Bank (IDB) has just published the most comprehensive report ever on crime and violence in The Bahamas.

A recent comment by veteran columnist Nicki Kelly is worth repeating.

TOUGH CALL: The ‘dangerous spot’ that The Bahamas is in

According to Sir Franklyn Wilson - one of the chief architects and financiers of the current Progressive Liberal Party administration - The Bahamas is in “a very dangerous spot”.

If sip-sip is anything to go by, the governing Progressive Liberal Party (PLP) is in turmoil as it prepares for the 2017 general election, severely wounded by the recent referendum debacle.

TOUGH CALL: The trail of tears that sums up our waste policy

IN a powerful communication prepared recently, Bahamian waste expert Ginny McKinney has outlined a “trail of tears” over the country’s shocking failure to resolve its solid waste management problems - despite spending tens of millions over decades.

TOUGH CALL: When parliamentary privilege was on the other foot

According to Fred ‘This is War’ Mitchell, he will not be bound by any court of law when it comes to what he considers to be his unqualified right to say and do whatever he pleases in Parliament.

TOUGH CALL: What is really being threatened here?

RECENTLY, senior Progressive Liberal Party cabinet ministers whipped up a political storm over something called parliamentary privilege, which most people have probably never heard of.

TOUGH CALL: Will our leaders ever get serious about a plan for the future?

I THINK most of us would agree that the country could do with a strategic plan that looks beyond our five-year electoral cycles and pushes the public sector to deliver.

THE complex controversy swirling around Peter Nygard appears to have bewildered most Bahamians. And our government has deliberately contributed to this confusion. This fact sheet will help readers understand what is going on and what is at stake.

Doing business with a middle-class, 40-ish shop clerk last week I was questioned about the referendum.

TOUGH CALL: Mitchell casts his shade on The Bahamas

HAVE you noticed how Fred Mitchell appears to fancy himself as a secret service agent? A grim countenance framed by dark shades, he stands as close as possible to whatever VIP is available, ready to spring into action at the slightest whiff of criticism.

TOUGH CALL: What Bahamians are discussing on social media

SEVERAL recent posts on my Facebook page discussed topical issues and generated some interesting responses, which I share here.

Last November, a regional conference in Guyana focused on abolishing the death penalty, which many Caribbean territories - including The Bahamas - want to keep on the books.

PRIME Minister Perry Christie says climate change “threatens the existence of The Bahamas as we know it”. So what does the recent Paris agreement to tackle climate issues mean for The Bahamas – and the rest of the world?

TOUGH CALL: Energy reform is just all hot air in The Bahamas

EVER since Dr Marcus Bethel was named Minister for Energy and the Environment in 2006, during the first Christie administration, we have been hearing about energy reform.

AS the patriotic strains of the Marseillaise drifted over Paris following the recent terror attacks, social media around the world erupted with gushers of hate, anger, sorrow and solidarity.

POLITICS is a strange game in The Bahamas – full of “crazy per-sons”, as Holly laughs to Megan in the Coca-Cola commercial that plays endlessly on television.

IN 2005, I wrote a column about human rights abuses in the modern Bahamas.

TOUGH CALL: Deafening silence in face of the roaring storm

THE response of the government and its emergency management agency to the recent smashing of the southern islands by Hurricane Joaquin has been astonishingly lacking in at least one important respect – the provision of public information.

THIS weekend, social media land was in a tizzy - with many Bahamians aghast at a spoof produced like a promotional video. The film featured a syrupy narration illustrated by scenes showing some of the underside of Nassau’s tourist core. Here are some excerpts:

IN JUNE, a gunman walked into the historic Emanuel African Methodist Episcopal Church in downtown Charleston, South Carolina, and shot nine people to death at a prayer meeting. The shooter said his goal was to start a race war.

WELL, we all know by now that the prospect of Baha Mar opening without untold collateral damage to our tourism brand, our national reputation and investor confidence, is more and more unlikely.

BACK in 2006, most analysts believed little would change in the immediate aftermath of Fidel Castro’s departure as Cuba’s pre-eminent leader.

TOUGH CALL: The Yellow Brick Road or the road to Hell?

LIKE others, I spend a lot of time grazing on social media these days. Although you have to wade through muddy water, it is one of the best ways to gauge the opinions of a wide cross-section of Bahamians.

TOUGH CALL - BAMSI: A tale of Alice in Blunderland

In her examination of the irregularities surrounding the so-called Bahamas Agricultural and Marine Institute (BAMSI) on Andros this week, Candia Dames wrote that Bahamians have had enough of the government’s negligent handling of our affairs.

TOUGH CALL: Civil rights landmark that has parallels in the Bahamas

DESPITE significant coverage in the American media, the 50th anniversary of the march in Selma, Alabama, that led to passage of the 1965 Voting Rights Act passed almost unnoticed in The Bahamas.